What is Nipah virus? What are its symptoms?

The death of four persons including three from the same family in north Kerala’s Kozhikode by a contagious virus – suspected to be nipah – has led to a lot of confusion and panic. Thousands of people are going to hospitals with fever, respiratory problems and muscle pain, fearing they have contacted the deadly virus. The Kerala government and the Centre fear the death toll could rise.

The Bengal Story gives you answers to a few key questions related to the virus, based on suggestions given by Dr Sudip Roy, consultant clinic microbiologist, and from information available with the World Health Organisation website.

According to World Health Organisation (WHO), the virus nipah belongs to a new genus called Henipavirus (sub-family Paramyxovirinae). It is transmitted to human beings from animals.

Generally, fruit bats – a bat belonging to the Pteropodidae family – is the primary host of nipah. When humans consume date palm or fruits contaminated by infected fruit bats, the virus can be transmitted to the human body. However, sometimes pigs can also play the role of intermediate hosts.

Nipah-infected persons suffer from high fever, muscle pain and respiratory problem. It can also cause hallucination, affecting the brain and can even turn into Encephalitis at later stage leading to coma. However, sometimes there may be no symptoms.

When did it first strike in India?

Possibly in Siliguri, in 2001. Although several people had been diagnosed with the virus, no one had died at the time.

Are there any vaccines?

None so far. The best possible way to treat patients is to provide them intensive supportive care.

What should one do if s/he gets fever and other symptoms of nipah?

If anyone feels that s/he has symptoms of nipah, they must consult doctors immediately. If the presence of the virus is detected early, recovery is possible. The patient should be kept in quarantine state under constant surveillance. The virus can transmit through air, therefore doctors and nurses should also use protective guards and masks.

Can it spread outside Kerala?

Unfortunately, it can. A 31-year-old nurse Lini – who was on duty while some patients affected by nipah were being treated at the Perambra Taluk Hospital in Kerala – died on Monday. If an affected person travels outside and others come in contact with them, they can get affected by the virus. It is therefore necessary to restrict the movement of the affected persons so it can’t spread.

The state government is planning to seek the WHO’s help. A team from the National Centre for Disease Control in Delhi already reached the Kerala capital and has opened control rooms in all government and private hospitals there. 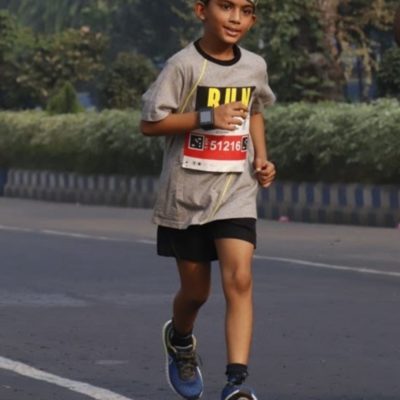 His eyes sparkled as he reached the finishing line, hugged his mother and checked the watch. He had just finished his first Marathon in 60 minutes and 12 seconds. The 10-year-old glowed with happiness as he stared at the medal around his neck. For Abhinav, completing a 10-km run was dream come true. He had … END_OF_DOCUMENT_TOKEN_TO_BE_REPLACED The researchers said that siblings work as one another’s support system.