Trinamool Congress had won the byelection in November 2019 from Kharagpur.

Four leaders believed to be close to Bharatiya Janata Party’s chief in West Bengal, joined the Trinamool Congress on Wednesday. They are from the Kharagpur region, and are said to have been behind Ghosh’s win in 2016 Assembly election.

Shailendra Singh, Ajoy Chattopadhyay, Sajal Roy and Rajdeep Guha joined the Trinamool Congress from BJP on Wednesday in the presence of senior minister in the state cabinet, Chandrima Bhattacharya.

Ghosh subsequently contested the Midnapore Lok Sabha seat in 2019 and won it, leading to the Kharagpur seat falling vacant. In November 2019, the Trinamool Congress won the seat by a margin of over 20,000 votes. Just a few months after the Lok Sabha polls in which the BJP won 18 seats, winning the byelection was considered a major feat for the Trinamool Congress.

And now, with those considered the main architects of Ghosh’s win in 2016 Assembly seat joining the Trinamool Congress, the ruling party in the state is being seen as establishing greater control over the Kharagpur and the surrounding region. This, many believe, will reap benefits in the coming 2021 Assembly polls for which both Trinamool Congress and the BJP are gearing up.

Dilip Ghosh however, refused to look at this as a jolt. He said many people are leaving the BJP because the party does not encourage corruption. 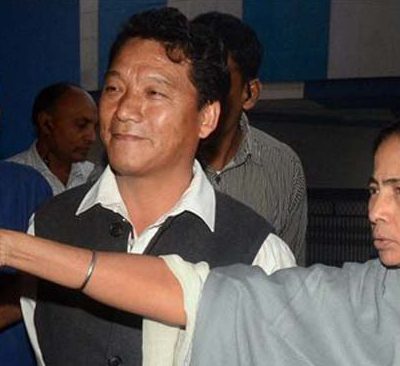 No entry for visitors.