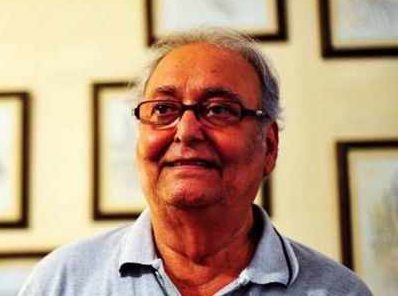 Actor Soumitra Chatterjee (85), who tested positive for COVID-19 is very critical, it is learnt from sources. He was admitted to a hospital in central Kolkata last Tuesday after his report for coronavirus was positive. He got tested for COVID after he had mild fever for about three days.

He may have to be put on ventilation, sources said. Due to several age-related ailments, his condition continues to be a cause of major concern, said physicians. He continues to have fever – though not very high – and is disoriented and restless. A few units of plasma have been administered.

With the report coming positive on Tuesday, Chatterjee’s family had decided to admit the veteran actor to the hospital immediately. Hospital sources had said that initially his condition was stable and a round-the-clock monitoring has been on. A medical board was formed to keep a constant eye on his condition, as he has several age-related ailments.