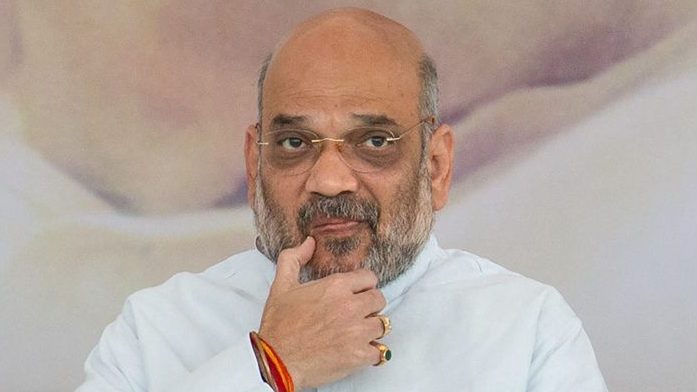 Union Home Minister Amit Shah will land in Kolkata on Wednesday evening at around 8.30 pm for a two-day visit in West Bengal. Over the next 48 hours, Shah will hold exhaustive discussions with senior leaders, meet middle rung leaders and is expected to prepare the groundwork for the Bharatiya Janata Party leadership in the state to gear up for the Assembly elections in 2021.

During his stay in Bengal, Amit Shah will address two meetings of BJP leaders covering five organisational zones in each meeting. The first will be in Bankura on Thursday and the second one will be in Kolkata on Friday.

During his visit to Bankura on Thursday Shah will pay homage to the 18th century tribal leader Birsa Munda in Bankura. He will also visit a tribal village and have lunch at a tribal family’s home. The following day, he will visit the Dakshineswar Temple and have lunch with a Matua family at Rajarhat-New Town in the northern fringes of Kolkata.

Having won 18 of the 42 Parliamentary seats in 2019 Lok Sabha polls, the BJP is looking at wresting power from the ruling Trinamool Congress in the coming Assembly polls. Shah’s visit to the state for two days, when he will look at the detailed organisational structure and its functioning is thus indicative of the seriousness with which the BJP is looking at the coming state elections.

Shah is likely to focus primarily on the organisational structure and functioning of the BJP, as internal squabbles and leadership matters are major issues within the state unit of the party right now. There are constant clashes between leaders who have been with the party for years – with their roots in the Rashtriya Swayamsevak Sangh (RSS) and the new entrants – the latter mostly leaders who have been with the Trinamool Congress earlier.

Episodes of internal differences between the party’s state chief Dilip Ghosh and vice president Mukul Roy who was earlier with the Trinamool Congress have been reported in recent times. Shah’s coming to Bengal is being seen as an attempt to keep these differences aside so that it doesn’t come in the way of putting up a strong fight with the Trinamool Congress in the coming elections.

During his stay in Bengal, Shah is also likely to meet BSF and CRPF officers. He will be back in Delhi on November 6 evening.

Opinion poll indicates Trinamool to be back in power in Bengal, BJP increases seats