An Air Force Group Captain is the only survivor in the crash. 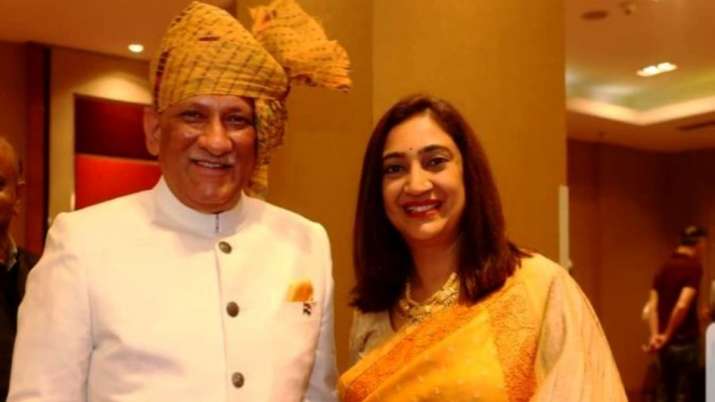 General Bipin Rawat, India’s first Chief of Defence Staff, and his wife, Madhulika Rawat, died today after the military chopper they were in, crashed in Tamil Nadu. Thirteen out of 14 persons were killed on board. An Air Force Group Captain, the only survivor in the crash, is being treated. He has severe burn injuries.

“With deep regret, it has now been ascertained that Gen.Bipin Rawat, Mrs Madhulika Rawat and 11 other persons on board have died in the unfortunate accident,” the Indian Air Force (IAF) tweeted. The person being treated in Wellington at a military hospital is “Group Captain Varun Singh”.

The Mi-17 V5 helicopter that had General Rawat and his wife on board had “met with an accident near Coonoor, Tamil Nadu”. It took off from the Air Force base at Sulur, Coimbatore at 11.45 am, and headed to Wellington in the Nilgiri Hills. They were going to the Defence Services Staff College in Wellington to address the students. It would have landed in ten minutes.The Air Force has ordered an inquiry.

Prime Minister Narendra Modi called a meeting of the Cabinet Committee on Security (CCS) at his residence. Defence Minister Rajnath Singh called the death an “irreparable loss” to the country and the forces.

General Bipin Rawat, 63, took charge as the country’s first CDS in January 2019 – a position set up to integrate the three services – Army, Navy and Air Force. He was also appointed head of the newly formed Department of Military Affairs. He was former Army chief, who had joined the army as a second lieutenant in 1978.