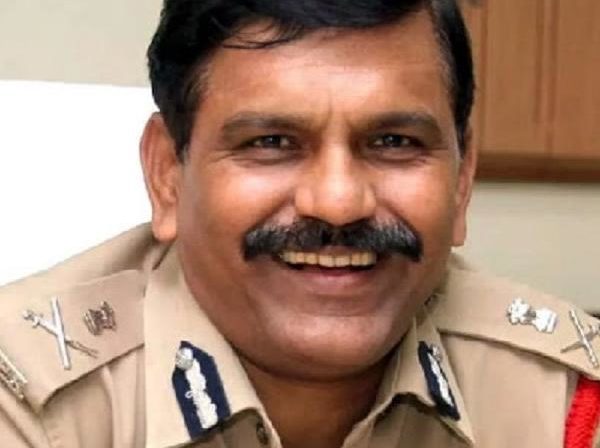 M Nageswara Rao – the ex interim chief of the Central Bureau of Investigation (CBI) under whose instruction officers of the central investigating agency landed at the doorstep of the Kolkata police commissioner Rajeev Kumar on Sunday evening to “interrogate” him – has links with a company whose offices the city police authorities had recently raided.

The company with its office in Kolkata had several financial transactions with Rao’s wife and daughter.

Not that just the raids are significant, say officials, but certain information that have come out as a result of the raids are now being probed by the Kolkata Police authorities.

A section of Kolkata Police insiders who know about this probe against the private firm, allege that the raids and the subsequent probe may have led to the alacrity with which the central agency acted in the past few weeks over interrogating the city police commissioner Rajeev Kumar, which culminated in the way in which 40 CBI officers landed outside the commissioner’s residence on Loudon Street. Some other officers however suggest that there is no connection between the two.

A Kolkata Police team had conducted raids a couple of months back in the offices of Angela Mercantiles Private Ltd (AMPL) in connection with a case of Bowbazar police station.

AMPL is a non-banking finance company (NBFC) with its registered office on 5 Clive Row (Dr Rajendra Prasad Sarani). Till October 2018, the registered office was in CA block of Salt Lake City, Sector-I. It was incorporated in February 1994.

It has earlier come to light, in newspaper reports that records maintained by the Registrar of Companies (RoC) indicate a series of financial transactions between Rao’s wife M Sandhya and AMPL. She had borrowed Rs 25 lakh from AMPL in the financial year ending March 2011, and between financial years ending 2012 and 2014, M Sandhya gave loans amounting to Rs 1.14 crore to AMPL in three tranches — Rs 35.56 lakh in FY’12, Rs 38.27 lakh in FY’13 and Rs 40.29 lakh in FY’14.

Rao has earlier defended the financial transactions between his wife and the private firm with all relevant details.

However, Kolkata Police sources say that they found documents during the recent raids that show Rao’s daughter received money from the company as salary.

It was found that during 2013-14 to 2015-16, “despite no operational address” (the Salt Lake Sector-I address is residential), the company paid Rs.14 lakh to her as salary, said an officer. In fact, Rs 4.5 lakh was paid on a single day in 2014 as salary of a full year, which the Kolkata Police sources observed as rather unusual.

Rao’s daughter completed graduation in law in 2013 and is a resident of Odisha’s Bhubaneswar. She started receiving Rs 40,000 per month as wages, for three years. Approximately Rs 14.1 lakh was paid as salary to her, though no details on her profile about her employment was found from the seized materials, say Kolkata Police sources.

She also received retainership fees of Rs 7.5 lakh from two companies one of which is under a Hyderabad-based group whose role was being probed by the CBI.

Several other observations were made by the Kolkata Police probe team including AMPL’s dealings with B. Prabhakaran’s (Balasubramanian Prabhakaran) company B.S. Minings Corporation Private Limited. Prabhakaran is alleged to have various non-transparent dealings in coal and iron-ore mines in Odisha and his company Thriveni Earthmovers has been mentioned in Justice Shah Commission’s report on illegal mining as well as in the report of the Supreme Court’s Centrally Empowered Committee, says a KP source.

The Bengal Story contacted AMPL director Praween Agarwal, but his phone was out of bounds throughout the day. We contacted M Nageswara Rao in his office in New Delhi twice. The first time, he was in a meeting and then his office said he had left for the day. His office refused to share any other number. [We will update the story as soon as we get his comments on this].

Rao, an Odisha-cadre IPS officer, took charge of the CBI on an interim basis in December 2018 after Director Alok Verma was asked to go on leave along with the agency’s Special Director Rakesh Asthana following a bitter spat between the two.