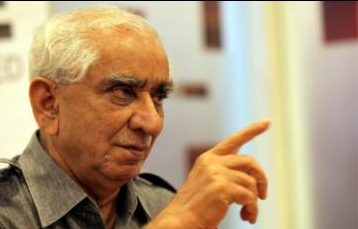 Former union minister Jaswant Singh died on Sunday morning in Delhi. He was 82. Singh had served as the country’s foreign minister, defence minister and finance minister. He was an officer of the Indian Army and later resigned to be a politician. He was a founding member of the Bharatiya Janata Party.

He was elected Member of Parliament from West Bengal’s Darjeeling constituency in 2009.

Singh died on Sunday morning at Delhi’s Army Hospital (Research & Referral) where he had been admitted in June. Prime Minister Narendra Modi in his condolence message said that he was “saddened by his demise” and that the BJP leader had “served our nation diligently first as a soldier and later during his long association with politics”.