“Must be a developed nation in 25 years”: PM Modi on Independence Day

PM Modi set goals for the country's centenary of Independence. 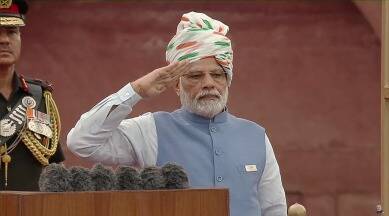 Prime Minister Narendra Modi has set a number of goals for the next 25 years for the country. During his Independence Day speech, PM Modi said that India must be a developed nation before it celebrates a centenary of Independence.

The Prime Minister said: “We are thankful to Bapu, Netaji Subhash Chandra Bose, Babasaheb Ambedkar, Veer Savarkar, who gave their lives for the country’s Independence.” He said that people must move forward with five pledges to fulfil the dreams of the freedom fighters, by 2047. His five pledges are – to have a developed India, removing servility, pride in heritage, unity and fulfilling our duties.

The country’s 75th Independence Day celebrations started with PM Modi’s visit to the Raj Ghat, where he paid homage to Mahatma Gandhi. He then reached the Red Fort, where he examined the inter-services and police Guard of Honour and hoisted the national flag.