The deceased was identified as Lakhbir Singh. 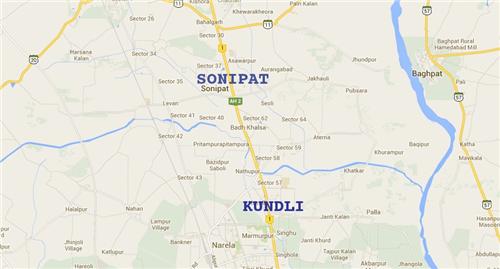 The body of a man with his hands and legs chopped off was found near a farmers’ protest site in Kundli town of Haryana’s Sonipat district on Friday morning, it was reported. The deceased was identified as Lakhbir Singh, a labourer in his mid-thirties from Punjab. The body has been sent for post mortem. Police filed a first information report against unidentified persons for murder.

On Friday morning, police received information that a mutilated body was found at the protest site. On reaching the spot, they found the body tied to a barricade. A group of Nihang Sikhs have claimed responsibility for the killing in a video, as reported by the media. The authenticity of the claim is being verified. The Nihangs are an order of Sikh warriors.

According to Sonipat Superintendent of Police Jashandeep Singh Randhawa, the videos on social media showed a group of Nihang Sikhs claiming that Lakhbir Singh had disrespected a holy book of the Sikhs. “It is suspected that he was beaten up and killed by some Nihang Sikhs,” Randhawa said. “This is a matter of investigation.”

Meanwhile, the Samyukta Kisan Morcha, a body of farmers’ unions leading the protest against the Centre’s farm laws, have condemned the killing. They said that they have no links either with the Nihang Sikhs or with Lakhbir Singh. At a press conference at Delhi’s Singhu border, the Morcha’s leader Jagjit Singh Dallewal said the “conspiracy” in the case should be looked into.

Meanwhile, the Bharatiya Janata Party IT cell head Amit Malviya said that “anarchists” behind the farmers protests should be exposed. “Had [farmer leader] Rakesh Tikait not justified mob lynching in Lakhimpur, with [Swaraj India leader] Yogendra Yadav, sitting next to him, maintaining sanctimonious silence, the gory murder of a youth at Kundali border would not have happened,” he said.

On October 9, Tikait had said that the alleged killing of BJP workers during the Lakhimpur Kheri violence in Uttar Pradesh was a “reaction to an action”. The violence at Lakhimpur Kheri in Uttar Pradesh had left eight people, including four farmers dead, on October 3. Farmer bodies have alleged that a vehicle which was part of Union Minister of State Ajay Mishra’s convoy ran over the protestors.