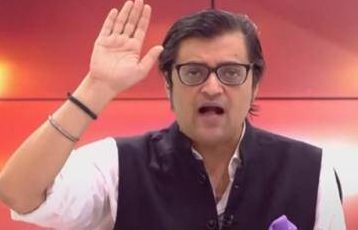 Republic TV editor Arnab Goswami was arrested by Alibaug Police on Wednesday morning from his house in Mumbai in connection with the death of an interior designer and his mother in 2018. Goswami has recently been in the news due to a TRP scam being investigated against him in Mumbai.

A 53-year-old interior designer and his mother died by suicide in Alibaug in May 2018, apparently due to non-payment of dues from Goswami’s Republic TV. The financial difficulty had apparently prompted the suicides. Though a case was filed for abetment to suicide in 2018, it was closed the following year. A fresh investigation was announced in early 2020 after the daughter of the deceased approached the Maharashtra government to investigate the case.