A team of foreign nationals to select the best Durga Pujas

The countdown has begun. The greatest and the biggest festival of the Bengalis is less than a month away! There are scenes of manic activity around idol-making in Kolkata’s Kumortuli, organisers of Durga Puja don’t have a moment to spare, and nearly every neighbourhood in the city have started setting up pandals.

Behind-the-scene artists who conceive of the variety of themes around which Durga Puja pandals and idols are created are perhaps the busiest now – in order to ensure the ideas they had visualised get transformed and shaped into reality. Workers involved in creating dazzling lights for Durga Puja are engaged in last-minute frenzied activities at the lighting-artwork hub of Chandannagar, 50 km from Kolkata. The sights, sounds and smells of Durga Puja are all around.

Durga Puja is not just about the act of worship, not just a five-day religious festival. It is a celebration of human bond, an event that involves the livelihoods of hundreds of people through small, medium and big businesses.

Community Durga Pujas are in fact, like giant art installations. In 2019 alone, there was nearly an investment of Rs 700 crore involved in Kolkata’s Durga Puja. That figure is expected to increase this year.

But how is the greatest festival of the Bengalis seen by the rest of the world?

The West Bengal government authorities have been organising a carnival to showcase the Durga Puja for the past few years. But did you know that the Durga Puja is becoming a major attraction internationally, thanks to a Bengali?

Meet Jaydeep Mukherjee, whose pioneering ideas in the travel industry and passion about Durga Puja prompted him to showcase the festival in England, Spain, France, Portugal, Canada and elsewhere.

The “International Jury Award”, started in 2018, is in its second year this time and it’s going bigger. Last year, 14 jury-members came down from five countries and chose some of the best among hundreds of Pujas in the city. According to Mukherjee, “they may be foreigners, but they are no less than the Bengalis when it comes to understanding the Durga Puja. They are well versed even with the social, cultural and religious aspects of the Durga Puja.”

This year, there will be 15 jury members – from France, Portugal, Canada and so on. The enthusiastic jury will go around visiting 300 Pujas in Kolkata and the surrounding areas, and choose the best under seven categories. There are journalists, photographers, bloggers and columnists among jury members and they are all crazy about the Bengalis’ favourite and the biggest Puja.

According to Mukherjee, president, Meghdutam Travels, for years the Central government’s “Incredible India!” or Atulya Bharat didn’t give much importance to the Durga Puja. But of late, they have included it in their calendar of events. “I have seen for myself – while organising road shows in different countries – how enthusiastic foreigners are about the Durga Puja,” he said. “Any foreigner who has seen how people become part of the festival irrespective of religion, caste and other differences – will feel the urge to come back.”

Their enthusiasm and knowledge of the festival will also help showcase the festival internationally, feels Mukherjee.

Puja committees can enter their names to participate by logging into https://ijaward.com/ or visit the Meghdutam office on Robert Street. The jury will reach Kolkata on Mahalaya and start visiting 300 Puja pandals. Winners under seven categories will be announced on October 4. There are three main categories under “Signature Creation”: first, those with a budget of Rs 40 lakh or more, the second, with Rs 20-40 lakh budget and third, under Rs 20 lakh budget. Other categories include the most eye-catching Puja, most internationally-appealing Puja, soulful creation and best idol. 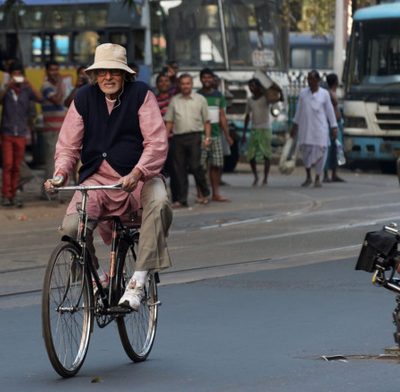 Police authorities and municipal officials will discuss the report before finalising the roads. 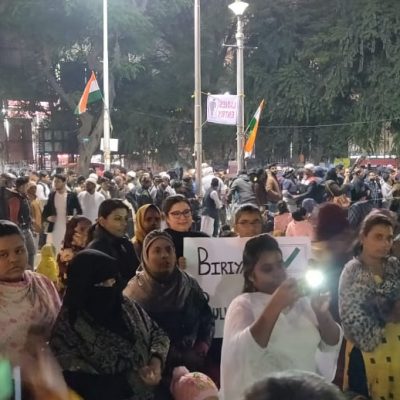 Park Circus, Kolkata: when women roared and reclaimed their Nation

The idea of India is still alive.