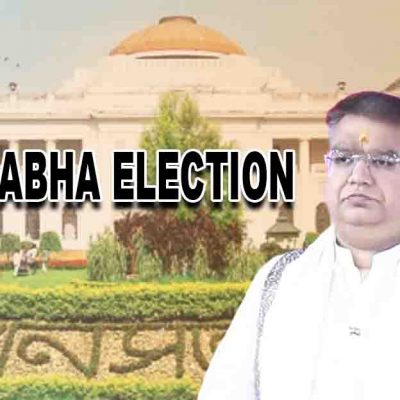 Former Trinamool Congress MLA Dinesh Bajaj filed nomination for Rajya Sabha from West Bengal on Friday as an independent candidate. Trinamool Congress will support Bajaj.
Five Rajya Sabha seats from West Bengal will fall vacant in April as the tenure of five candidates in these seats come to an end. The election to these seats will be held on March 26.
Four Trinamool Congress candidates have already been confirmed. In the 294-seat state Assembly, a candidate needs 49 first-preference votes to win a seat to Rajya Sabha.
Trinamool, which has over 230 MLAs, is thus sure to win in four of the five seats.
The Left-Congress alliance which has a combined strength of 51 MLAs in Assembly can, however, win one seat. They have fielded former Kolkata mayor Bikash Ranjan Bhattacharya as their candidate.
Trinamool Congress thus plans to use its remaining votes for supporting Bajaj in the fifth seat with the help of a number of independent MLAs after electing their four candidates under the party banner.
ParliamentRajya SabhaTrinamool Congress