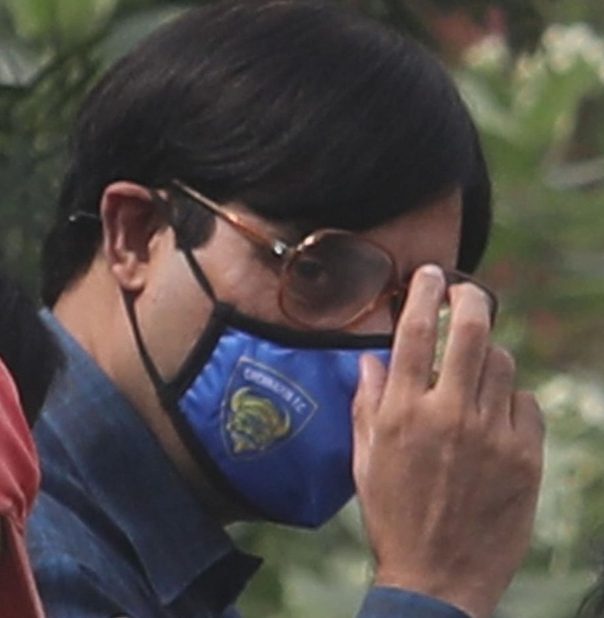 Actor Abhishek Bachchan appears unrecognisable as Bob Biswas in this film that is currently being shot in Kolkata. The 44-year-old actor is in Kolkata – he flew in from Mumbai last week – to shoot for the upcoming movie, Bob Biswas. The film in which Abhishek Bachchan plays the title role, has a connection with the Hindi film Kahaani, in which Bob Biswas was an important character. The crime thriller Kahaani, directed by Sujoy Ghosh, was a huge hit in Bollywood, and the character of Bob Biswas was played in the film by Saswata Chatterjee. In the film Bob Biswas, however, Abhishek Bachchan plays the character by that name. Photos of Bachchan shooting for the film has been doing the rounds on the internet. While the film shoot had first started in January this year, the schedule was thrown out of gear due to the COVID-19 pandemic. Abhishek Bachchan himself was affected by COVID. Now that he has been cured and actors have started resuming film shoots, the shooting for Bob Biswas is back on track.