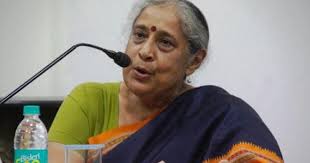 She was known for her work in Chhattisgarh.

Social activist and academic Ilina Sen (69) passed away in Kolkata on August 9. She was suffering from cancer. She is survived by husband Dr Binayak Sen, and two daughters Pranhita and Aparajita.

She was known for her work in Chhattisgarh, where she spent many years and worked with trade unions, adivasis and the underprivileged. She is the author of the books, Inside Chattisgarh: A Political Memoir and Sukhavasin: The Migrant Women of Chhattisgarh.

Ilina Sen taught at the Mahatma Gandhi International Hindi University in Maharashtra’s Wardha. Later, she moved to Mumbai and joined the Advanced Centre for Women’s Studies at the Tata Institute of Social Sciences.

Her husband Binayak Sen, a doctor and human rights activist was arrested in 2007 on charges of being a Maoist “courier”. He was later convicted and sentenced to life imprisonment by a trial court of Chhattisgarh on charges of conspiring to commit sedition and for allegedly assisting Maoists. Ilina Sen led a tough legal battle for his release and also campaigned for the wrongful arrest of young adivasi men from central India. In 2011, the Supreme Court granted him bail and said no case of sedition was made out against Binayak Sen. Dr Ilina Sen and Dr Binayak Sen set up an NGO Rupantar, that focused on gender issues and agrobiodiversity. Separate voting provisions for COVID-19 patients and those on quarantine.