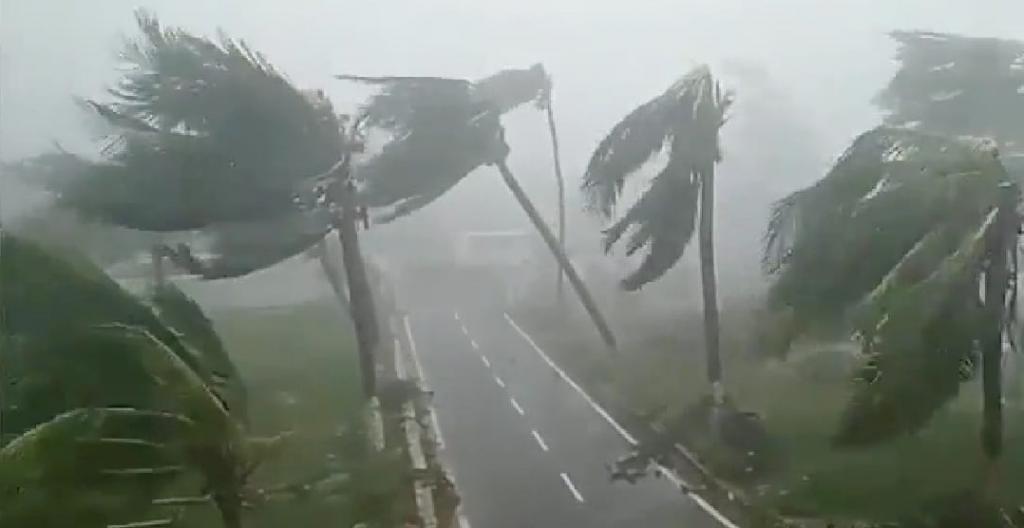 Amphan has transformed from a super cyclonic storm to “extremely severe cyclonic storm” according to the Alipore Meterological Department, and can strike the main landmass anywhere between Hatia of Bangladesh and Digha of West Bengal’s East Midnapore district.

The wind speed of super cyclone Amphan is getting stronger as it is nearing the coastal areas of West Bengal and Odisha. PK Jana, Special Relief Commissioner of Odisha said that Amphan is now at a distance of nearly 225 km from Digha and 110 km from Paradwip.

It is expected that the cyclone will hit the Sagardwip area of South 24 Parganas and proceed towards the Sunderbans. The cyclone which is expected to hit the mainland around evening on Wednesday, is likely to have a devastating effect on the districts of East Midnapore and North & South 24 Parganas of West Bengal. Along with that, the coastal areas may expect high tide and storm surge of nearly 4-6 metres.

The effects of Amphan are clearly visible in the areas around the Paradwip coast of Odisha since Wednesday morning. With wind speed of nearly 96 kmph, Bhubaneswar, Chandbali, Balasore, Puri and Gopalpur areas are also experiencing its severe impact.

Several districts of West Bengal are experiencing heavy rain since Wednesday morning. The West Bengal government has made arrangements to tackle to disaster. Nearly three lakh people have been shifted from their homes to cyclone shelters. Teams of National Disaster Response Force (NDRF) have been kept ready in the coastal districts.

Helpline numbers have been opened and chief minister Mamata Banerjee is monitoring the situation from State Secretariat Nabanna.