She said it is important to ensure all get vaccine as they will have to go out to vote. 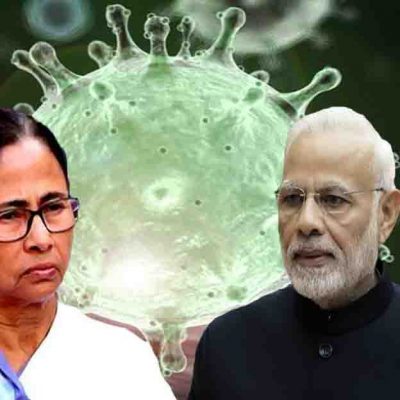 West Bengal chief minister Mamata Banerjee, in a letter to PM Modi, said that her government wants to provide free vaccination to all in the state ahead of the Assembly elections.

She has asked the Prime Minister to let her government procure adequate number of COVID-19 vaccines for the entire state to be vaccinated before the elections are held in the state. Elections in Bengal are likely in April-May, and dates are yet to be announced by the Election Commission.

“The Government of West Bengal has decided to procure adequate number of vaccines for the members of the public at large. We would request you to kindly take up the matter with appropriate authority, so that the state government is able to purchase the vaccines from designated point(s) on top priority basis, because the West Bengal government wants to provide vaccination free of cost to all the people,” Mamata Banerjee said in her letter.

She said that Bengal has carried out the vaccination programme so far “in right earnest”. Banerjee added that Bengal has already covered healthcare workers, police, municipal workers and other frontline workers “at a rapid pace” in the drive so far. She wrote that since Bengal is set to go to polls, it is required that every government and para-statal employee gets covered in the Covid-19 vaccination drive on an “urgent basis to make the election safe”.

She also mentioned in her letter that “The worrying point is that in the ensuing elections, the people in general will be forced to go to the polling stations without any vaccination coverage,” and added that her government feels it important to reach out to the general public with a rapid vaccination programme immediately.