The case may be taken up for hearing on Wednesday. 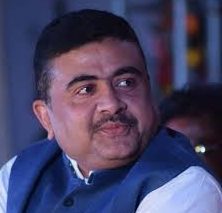 The West Bengal government on Tuesday moved the division bench of the Calcutta High Court, challenging the “interim relief” to the state’s Leader of Opposition – Bharatiya Janata Party’s Suvendu Adhikari – from arrest in the case involving “unnatural death” of his bodyguard.

On Monday, the Calcutta High Court had granted relief to Adhikari, the Nandigram MLA, from “coercive action” against him without permission of the court. He had moved court seeking relief from probe into six cases against him registered in four police stations across the state, and had alleged that these cases were “politically motivated”.

The state’s Criminal Investigation Department (CID) had on Monday summoned Adhikari for questioning in the case involving the unnatural death of his bodyguard Subhabrata Chakraborty, who died in 2018. His wife had recently lodged a complaint with the police seeking a probe that can unearth the “real truth” behind her husband’s death.

Adhikari however, did not appear in the CID office for questioning, and wrote an email to the authorities instead, saying that he would be busy in various meetings throughout the day. The Calcutta High Court meanwhile, gave him an “interim relief”. The Bengal government has now moved a division bench against this order.