The original purpose of identification of illegal immigrants is being defeated.

The National Register of Citizens (NRC) in Assam is an extension of the Assam Accord in the sense that the entire issue of illegal migrants was supposed to be under the Illegal Migrants (Determination by Tribunal) (IMDT) Act. That Act was struck down by Supreme Court in 2005.

However, this is not to suggest that the NRC should not be conducted. My main argument is that the NRC exercise is being conducted in a way that the original purpose of detecting illegal migrants stands defeated.

What has replaced the original intention is identifying people belonging to a particular linguistic group – mainly the Bengalis, including Hindus and Muslims whose ancestry is traced in Assam.

How is it possible that the Asom Gana Parishad (AGP) could not identify the foreigners when they were in power? Any such exercise must conform to The Foreigners Act and the entire process of finding out illegal immigrants should follow the judicial/legal parameters.

People might ask why the BJP is doing this. Not much has been written about the fact that along with the compilation of the NRC, the BJP government is simultaneously working on the amendment of the Citizenship Act, which can grant citizenship right based on religious grounds. Thus, the Hindus may be included as citizens and Muslims may not be. BJP wishes to pave the way for religion as a basis for granting citizenship – completely contradictory to the Constitutional order of the country.

While the draft NRC excludes 40 lakh people irrespective of their religion, the BJP government proposes to introduce amendments to the Citizenship Act to allow for grant of citizenship based on religious identity of “illegal immigrants”. Such an artificial distinction would not meet judicial scrutiny, besides stiff resistance of political parties, both inside and outside Parliament.

In the absence of the tenets of the Refugee Status Determination applicable in India, it is difficult to distinguish refugees on the basis of those who have come to the country for economic reasons or due to political persecution.

The BJP leadership may note the provisions of the Foreigners Act. The Act militates against identification of foreigners based on religious or linguistic basis. But instead of amending the Foreigners Act, the BJP government is attempting to distinguish alleged immigrants on the basis of religion.

The NRC exercise is being used as a substitute for the identification, detention and deportation of illegal immigrants. This set of activity is within the administrative powers of the government and action in this regard has been completely lacking and whenever attempted has largely failed to pass the test of legality.

Also, the NRC exercise has displayed extreme insensitivity in exclusion process, largely based on linguistic consideration and as such is designed against Bengali speaking populace of Assam. This should also be resisted.

The crude attempt by the BJP government to enforce its design to divide people on the basis of artificial markers is surely going to backfire, in the short run by the political parties and the people, and in the long term both by the judicial processes as well as by humanitarian considerations.

Meanwhile, as we discuss these issues, passion will be raised and political battles will be fought, leading to instability of the large number of people who are now finding themselves not belonging to a place where they have lived in for decades. 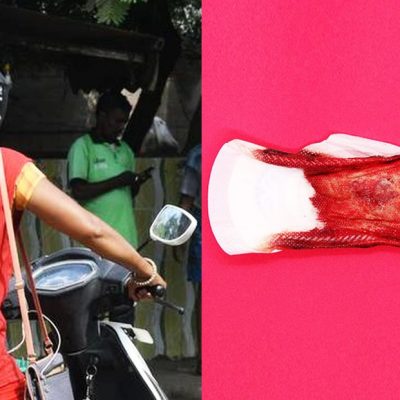 #PeriodLeave: Dear Barkha Dutt, you cannot be co-opted in misogyny and call it women’s empowerment