5,54,887 persons have been treated and discharged so far in West Bengal. 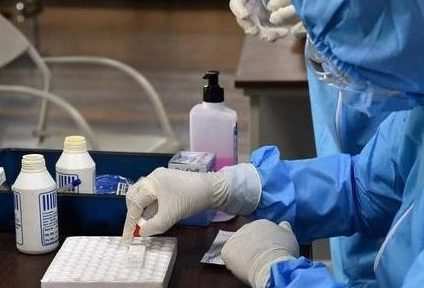 West Bengal reported 203 fresh COVID-19 cases adding to the total count of 5,70,380 while the death count reached 10,188 with nine deaths reported in the past 24 hours, according to the figures released by the state health department.

The recovery rate in state has now reached 97.28 percent and 309 patients were released in the past 24 hours. Altogether 5,54,887 persons have been treated and discharged so far in West Bengal, since the first case was reported on March 17, 2020, of a student who returned to the state from the UK. Currently, there are 5,305 active cases in the state.

Four of the latest deaths were reported from North 24 Parganas, while one person each died in Kolkata, Hooghly, Malda, Jalpaiguri and Kalimpong.

Meanwhile, the vaccination process for police officers and municipal workers started in the state on Tuesday, an official said. Altogether, 21,778 persons were vaccinated in 446 sessions, he added.