Ahead of PM Modi’s visit to Nepal, Maoist leader connected with blasts picked up from Delhi by Kolkata Police 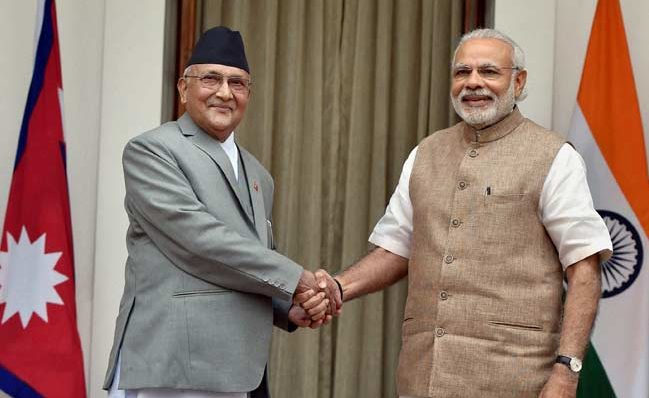 Ahead of Prime Minister Narendra Modi’s visit to Nepal next week, the Kolkata Police’s Special Task Force has picked up a Maoist leader from Delhi who was involved in a bomb blast in that country in mid-April targeting an office of the Indian Consulate, and was planning more attacks.

There was a second bomb blast in Nepal, which took place two days ago near a power dam where the Prime Minister is expected to visit shortly.

A team of Nepal Police has come down to Kolkata also to probe the alleged connection of the CPI-ML Red Star with the Maoists in that country.

The CPI-ML Red Star from Bengal has long been agitating in the Bhangar area protesting the construction of a power grid.

Kolkata Police’s Special Task Force has picked up 60 year old Suresh Kumar Rai – who hails from Nepal’s Morang – from Delhi last week. Rai is district secretary of the CPI-ML Red Star (Biplab Group) of Nepal. He has allegedly confessed that he was involved in a pressure cooker bomb blast targeting an office of the Indian Consulate in Birat Nagar on April 16. His associates were arrested by Nepal Police, but he ran away and took shelter in Delhi. Rai has apparently told police that the Biplab Group has plans to target more Indian establishments in Nepal.