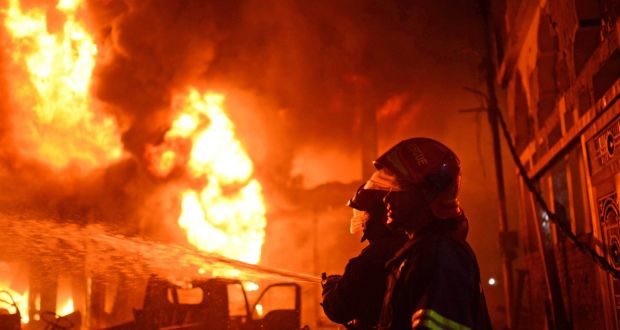 A massive fire which broke out on Wednesday in a chemical warehouse in the Chawkbazar area of Dhaka has claimed the lives of over 70 people, it was reported by the Dhaka Tribune. This is a heavily congested part of the capital city of Bangladesh where buildings stand very close to each other. The Dhaka fire service control officer Mizanur confirmed the news of death to the newspaper on Thursday morning.

The 56 injured were rushed to the Dhaka Medical College Hospital and six were treated at the Mitford Hospital in Dhaka.

As per reports, the fire broke out around 10.40 PM (Indian local time – 10.10 PM) on the ground floor of the warehouse and spread quickly. It even spread to three nearby buildings and a community centre. It was put out by 3 AM in the morning. The director general of fire service and civil defence Ali Ahmed stated that the fire may have started from a gas cylinder and it spread quickly as all the building there operated as chemical storehouses.

Some of the victims were passerby, people eating in nearby restaurants and even members of a bridal party, according to deputy commissioner of Dhaka metropolitan police Ibrahim Khan. The bodies recovered so far – 67 in number have  been transported to the morgue. The death toll is expected to rise as the rescue work is still underway.