“Don’t kill Varavara Rao in jail”: wife & daughters of the poet and activist appeal, demand hospitalisation due to his deteriorating health 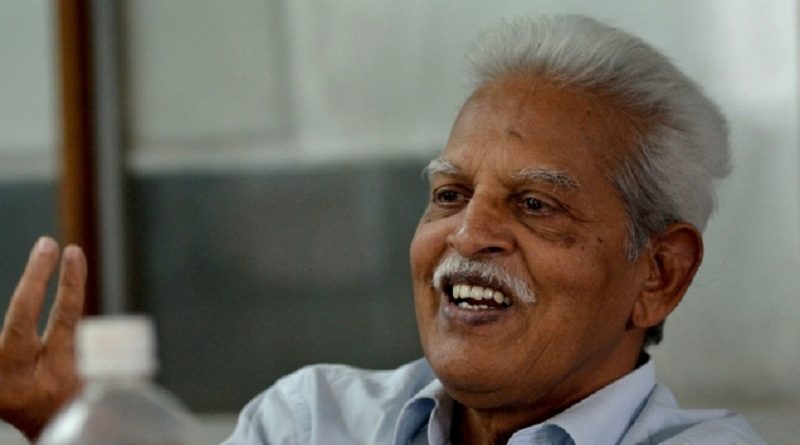 Poet and activist Varavara Rao’s wife P Hemalatha and daughters P Sahaja, P Anala and P Pavana appealed to the government and demanded his immediate hospitalisation due to his deteriorating health condition. Rao is in Navi Mumbai’s Taloja Jail. He was arrested in November 2018 by the Pune police in November 2018 from his Hyderabad flat.

Rao’s health condition has been worrying for the past six weeks since he was taken in an unconscious state to JJ Hospital from Taloja Jail on May 28. Since he was discharged from the hospital and sent back to jail three days later, there has been no improvement in his health and he continues to be in need for emergency heathcare, his family members said.

During routine phone calls the past few times, the family members understood the urgency of the situation. “The earlier two calls on June 24 and July 2 were… worrying with his weak and muffled voice, incoherent speech and abruptly jumping into Hindi. As an eloquent and articulate public speaker and writer in Telugu for over five decades, a Telugu teacher for four decades and known for his meticulous memory, this fumbling, incoherence and loss of memory were in themselves strange and frightening,” a press release said.

According to family members, during the call on July 11, Saturday, Rao did not answer questions on his health and “went into a kind of delirious and hallucinated talk about the funeral of his father and mother, the events that happened seven decades and four decades ago respectively”.

Family members added that Rao’s co-accused companion took the phone from him and informed them that he was even unable to walk. “We were also told that he is always hallucinating that we, family members, were waiting at the jail gate to receive him as he was getting released. His co-prisoner also said he needs immediate medical care for not only physical but also neurological issues,” they said. “The confusion, loss of memory and incoherence are the results of electrolyte imbalance and fall of Sodium and Potassium levels leading to brain damage. This electrolyte imbalance may be fatal also,” the press release added.

They said that Taloja Jail Hospital is not equipped to handle this kind of serious ailment and that Rao must be shifted to a hospital that can treat him urgently “to save his life and prevent possible brain damage and risk to life due to electrolyte imbalance”.

Rao’s bail petitions have been rejected at least five times. “His life is the top most concern for us right now. Our present demand is to save his life. We demand the government to shift him to a better hospital or allow us to provide required medical care,” they added.

Maoist ideologue and poet Varavara Rao was arrested by the Pune police in November 2018 from his Hyderabad flat for his alleged role in the Elgar Parishad-Bhima Koregaon case of Maharashtra. He was moved to Taloja jail in the outskirts of Mumbai from Pune’s Yerwada prisons earlier this year just before the outbreak of COVID-19 across the country. Since then, his family members have been worried about his health conditions inside the jail as many prisoners have tested positive for COVID-19 and an undertrial prisoner had died there on May 9.