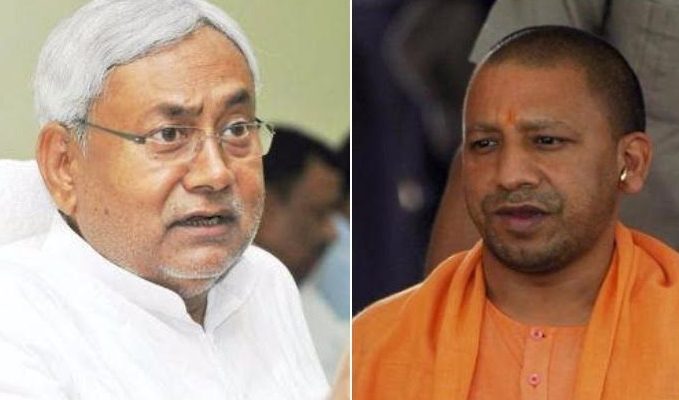 As the Bihar Assembly elections entered the third and final phase, there is an open clash between Chief Minister Nitish Kumar and ally BJP’s campaigner Yogi Adityanath over “infiltrators” in the state.

Adityanath, who is CM of neighbouring state Uttar Pradesh, at a campaign in Bihar’s Kathihar, mentioned “throwing out all infiltrators”, which Kumar has said is “faltu baat” (nonsense). There have been earlier differences between the BJP and Nitish Kumar’s Janata Dal United over the implementation of the CAA and NRC.

Ahead of the third phase of Assembly election in the state, the differences on the issue of alleged “infiltrators” is significant. When the CAA was enacted in December, it led to nation-wide protests as many alleged that along with the NRC, it could target the Muslim minorities. Nitish Kumar’s reactions again brought to the fore his differences with his ally, the BJP, on the issue.

“Modiji has found a solution to the infiltration issue,” Adityanath said at the said rally, adding that the Citizenship Amendment Act would ensure that those who try to breach security of the country would be thrown out. Later, Kumar referred to Adityanath’s campaign against alleged infiltrators – without directly mentioning him by name – as “malicious” and assured people that they all belong to the country and “no one dares throw out people”.

He said that the effort of the government is to work for unity and harmony and only that can lead to progress. “And these people only want to create divides, they have no other work,” Kumar said. He even took to Twitter to say this. Adityanath has been campaigning in Bihar as part of the coalition between Nitish Kumar’s JDU and the BJP.