Muhammad Ali was heckled and abused by expelled student leader. 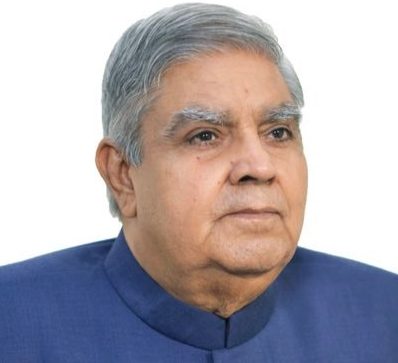 A political storm has broken out in Bengal after a video emerged on social media showing student leaders allegedly associated with the ruling Trinamool Congress abusing and threatening the Vice-Chancellor of Kolkata’s Aliah University.

West Bengal Governor Jagdeep Dhankhar has sought a report of the incident from the state’s chief secretary. “Chief secretary has been called upon to send full update by 1 p.m. tomorrow on worrisome scenario reflected in video in viral circulation. Such state of affairs where law violator rogue elements have their way with no fear of law is certainly fearful for law abiders,” Dhankhar tweeted.

In the video clip, the VC, Muhammad Ali is seen in office surround by security personnel as one Giasuddin Mondal, an expelled student leader and two others, abuse and heckle him. The incident took place on April 1 and the video of around 100 seconds, has gone viral within a few hours.

Mondal was arrested on Sunday, and booked under Section 307 (attempt to murder) of the Indian Penal Code. The Bengal police tweeted: “Police reacted promptly in connection with the recent incident that took place at Aliah University and Giasuddin Mondal has already been arrested. Investigation proceeds.”

The CPIM and the BJP have both criticised the ruling Trinamool for the incident, stating that police was forced to arrest Giasuddin as the video had gone viral.