How Trinamool Congress is using social media ahead of the big battle of 2021: new Youtube channel for Aamar Gorbo Mamata 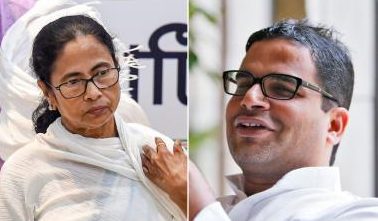 West Bengal’s ruling Trinamool Congress learnt it the hard way in Lok Sabha elections this year. Its publicity exercises on social media were no match with the opposition Bharatiya Janata Party (BJP), the ruling party at the Centre.

Taking its lesson from this experience, West Bengal’s ruling party engaged political strategist Prashant Kishor and his company, I-PAC (Indian Political Action Committee) to work out winning strategies for Mamata Banerjee ahead of the Assembly elections of 2021.

The first step was launching the programme, Didike bolo, a toll free phone number and website to get people to tell Mamata Banerjee any problem they had been faced with. The publicity exercise reaped huge benefits – as people called the number and got benefited, news of the success spread on the party’s and their followers’ various Facebook, Twitter and Instagram pages and websites. Apart from this, the other exercise has been Aamar Gorbo Mamata, a page launched to discuss Mamata Banerjee and her achievements and primarily to discuss what made people or the Trinamool Congress supporters proud of her.

In the smartly documented video, there are talks about Mamata Banerjee’s journey – her taking over as chief minister, launching projects, starting on development, fulfilling them and all about the “nine epic years”. It shows clippings of projects done by the West Bengal government and the announcement of an international award for Kanyashree, among other things.

Banerjee on Friday tweeted the information on the launch of the YouTube channel.

Social media has gradually turned into an effective tool of mass communication. All major political parties have been reaping benefits of social media. Trinamool Congress has been active on social media for several years now, with regular “live” updates on Mamata Banerjee’s own pages as well as on the party’s various pages and YouTube channels. This includes posting live videos of meetings and other public addresses of the party chief.

On one hand, this helps the party to reach a wider audience base other than those who are present on spot and gets people to constantly interact on various issues concerning them and helps the party get regular feedback.

It also helps the party to connect with the tech-savvy young generation.