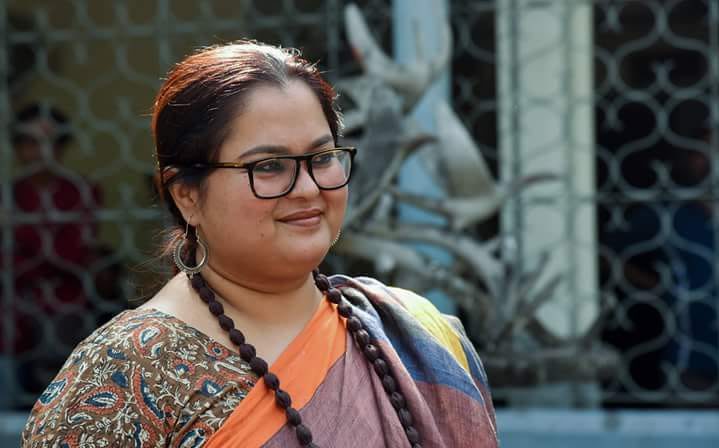 I have literally grown up at the Academy of Fine Arts. From the time I was three years old, my parents would leave me with the Academy staff – often at the canteen – while they practiced their theatre performances. That place is like second home to me.

However, for the past few years, the area outside the Academy has changed drastically. What do I mean by this? There are tea stalls, food shops outside the boundary wall where a lot of people hang out all through the day. They smoke, have tea, eat and chat. What can be objectionable about that? Absolutely nothing. Except that this is not the only thing happening outside Academy Of Fine Arts these days. There are people smoking ganja, there are people drinking, and they are passing crude comments to people. Frankly, I don’t feel like going to Academy Of Fine Arts these days anymore. I feel this all the more when I leave the place after a show at night nowadays. It’s not what it used to be.

I can completely understand that there is lack of place for couples to meet in the city’s open spaces, public display of affection is scoffed at, and the same applies to youngsters who want to smoke ganja. I am not being a moral police here. I am not making ethical, moral judgment. It is not that I don’t understand the minds of the young simply because I am no longer in college.

But why should a place outside the Academy of Fine Arts be a hangout for people who are looking for opportunity to blow smoke in your face? Why make odd comments which make some actors or those who have gone there to watch plays – especially women – uncomfortable? Why should the place feel ‘unsafe’ at times? Why should some people prowl around waiting to make sexist remarks, catcalls and tease those walking by?

Reading about the apparent attempt to set up a shrine outside the boundary wall of the Academy, I felt that perhaps some people were trying to do this to change this dreadful atmosphere there. Don’t get me wrong. I felt an equally strong urge to remove the two stones from under a tree when I saw the picture – stones with eyes painted on them, garlands around and surrounded by bricks. In India, setting up temples is easiest business. I don’t know who put those two stones under the tree or what the intention was, but I can say from my personal experience that a place outside the Academy of Fine Arts should not be a ganja hangout either.

The police and the authorities should do something to make the Academy a place where people feel safe and comfortable, including children. This can be done through police patrolling too.

If you reach a cinema hall inside a shopping mall an hour early, you can spend some time there. But what if you reach Academy an hour before a play is to start? The place is dilapidated, unkempt and people are smoking all day. I think even before the shrine-issue erupted yesterday, the atmosphere outside the Academy of Fine Arts is among the many things that need to be changed.