Left-Congress-ISF candidates announced for first 2 phases, no candidate yet from Nandigram

Candidates for remaining phases will be announced later. 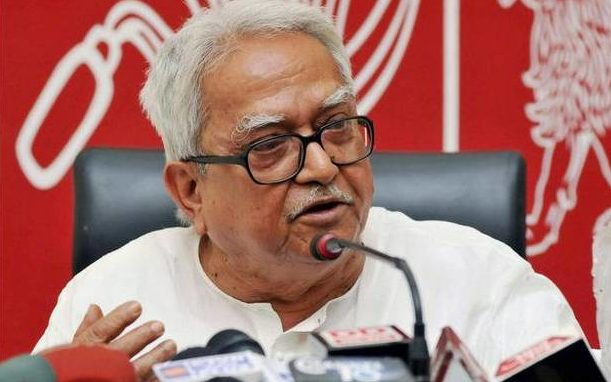 The Left Front, Congress and the Indian Secular Front (ISF) on Friday announced its candidate list for 60 seats for the first two phases that go to the polls on March 27 and April 1. Left Front chairperson Biman Bose announced the names on Friday. The seats are in the Purulia, Bankura, East and West Midnapore region and parts of South 24 Parganas. However, no candidate was announced yet from Nandigram seat (from where Trinamool Congress chief Mamata Banerjee is contesting). The name of the candidate will be announced later and discussions are on, it was said.

Among the most notable names is that of CPI(M) candidate Susanta Ghosh, who was a cabinet minister in the Buddhadeb Bhattacharjee government. He was an MLA from Garbeta from 1987 to 2016. He won from Garbeta East seat in 1987, 1991, 1996, 2001 and 2006. In 2011, Susanta Ghosh was arrested in a case of murder of seven persons and has spent six months in prison. He was out on bail from the Supreme Court in 2012. He has been named candidate from Salboni this time.

Some of the key candidates of the Left parties announced today, are: