Other cases to be probed by a SIT. 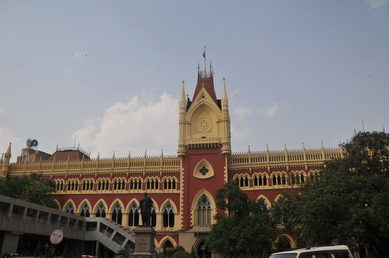 The Calcutta High Court on Thursday called for a court-monitored Central Bureau of Investigation (CBI) to probe into murder and rape cases that allegedly took place during the post-poll violence in West Bengal. The other cases are to be probed by a Special Investigation Team (SIT), as per the court order.

“All cases as per report of the NHRC committee where allegations are about murder of a person or crime against women regarding rape or attempt to rape shall be referred to CBI for investigation,” according to the court. “It shall be a court-monitored investigation and any obstruction in the course of investigation by anyone shall be viewed seriously,” it added. The state has been asked to hand over all records of cases to the CBI for the probe.

The SIT – set up for the court-monitored probe – will have three IPS officers Suman Bala Sahoo, Soumen Mitra and Ranvir Kumar. The SIT’s functioning will be monitored by a retired Supreme Court judge.

The bench had ordered the NHRC chairperson to form an inquiry committee to probe accusations of human rights violations during the “post poll violence”. The panel had called for an investigation to be handed over to the CBI. The state government later alleged that the committee probing the matter was “fraught with bias against the ruling dispensation”, adding that NHRC probe members had close links with BJP leaders.

Meanwhile, the state has already moved a caveat before the Supreme Court so that no hearing on the matter can be made without involving it.