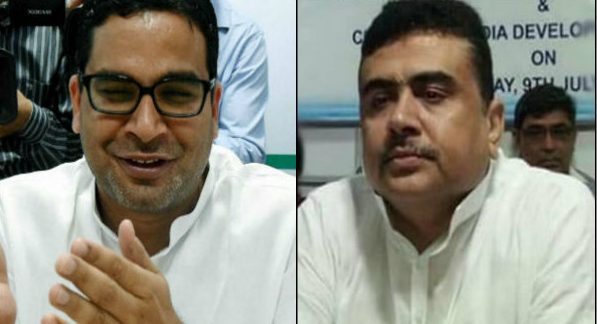 In the recent past, there have been intense speculations on Adhikary’s political future, with talks on how a rift has formed between him and the Trinamool Congress chief Mamata Banerjee. Subhendu Adhikary has been holding meetings without the party banner in various parts of the state – especially in East Midnapore where he is very popular – and has not participated in state government programmes for some weeks now. All this, added to his speeches where people have read between the lines have contributed to the rumour that he is quitting the Trinamool Congress and may join the Bharatiya Janata Party (BJP). Ahead of the Assembly elections 2021, this could be a huge blow to Bengal’s ruling party, and big gain for the Opposition BJP. Adhikary himself has not commented on any of the rumours.

Amidst this, the party’s political advisor Kishor visited the Adhikary home on Thursday late in the evening. While Subhendu Adhikary was away, his father, long time party MP Sisir Adhikary was home and Kishor is said to have had a chat with him for over an hour. Would this contribute to Subhendu Adhikary’s decision on the way ahead? Was Prashant Kishor sent by Mamata Banerjee as an emissary to talk things over with the disgruntled Subhendu Adhikary? Was Kishor able to convince the senior Adhikary? All this is again being discussed by top leaders of the party and among the Opposition parties.

While the state transport minister has been speaking for the past few days about his own hard work and struggle to be where he is now, on Thursday he again extolled the party chief Mamata Banerjee. This too has led to discussions that he may not after all, leave the party as was being speculated earlier.

But party insiders say that whatever the decision Subhendu Adhikary will take — and it is bound to have a huge impact on the 2021 Assembly elections in West Bengal — it will be clear in the next 10 days.