TEA FOR SCHOOL-CHILDREN: Tea might soon be promoted as a recommended drink 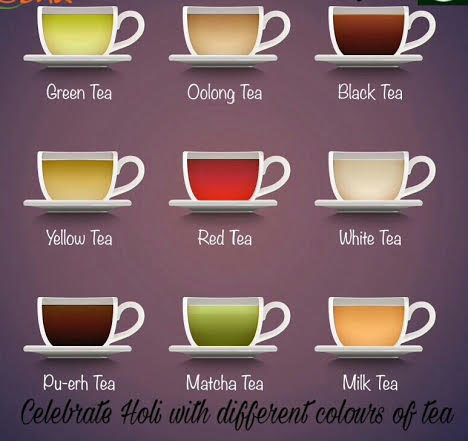 For many, the rhythm to a new day does not start without a cup of hot milk tea. From the outside, to an innocent eye, it may look like an ordinary thirst-quencher, but once you delve into its aroma, you realize how it slows down your time and creates a beautiful pause to your otherwise busy day.

Over a cup of tea many love stories have begun, families have come together, ideas shaped and feuds resolved.

Such is the magic of tea.

It’s the second most popular drink in India after water, and the cheapest too. But the new age obsession with glitz and glamour and quirky cafés has somewhat reduced the yearning for tea among masses. It is struggling to stay alive over chic consumerism and flashy social media updates.

Tea once was the glue that held families together. Joint families with so many people under one roof bonded over their morning and evening tea, discussing family matters, sharing family gossip, agreeing and disagreeing over a million things. But with disintegration of big families and the advent of small nuclear family structure with little or no time, making of the traditional tea has become a thing of leisure. Coffee boomed and the tea container slowly hid in the back shelves.

The Indian Tea Association (ITA), for a long time has been the loyal friend behind the curtains boosting up the tea enthusiasm among the youth and stirring up emotions among the tea-drinkers with their promotions, campaigns and roadshows. The ITA says that the tea consumption per capita in India is almost stagnant at 750 grams per annum. Bigger supply from small cultivators, stagnant exports, have made imbalance in the demand-supply equilibrium. Though the country exports almost 215- 252 million kg tea per annum, there is still a need to boost exports. But now ITA thinks it is time to pay attention to the domestic consumption sector.

There are a number of myths among the masses around the effects of tea on health. Indigestion, blackening of skin, decay of teeth, are among the many misconceptions about effects of tea drinking. Adamant at breaking the myth, the ITA in collaboration with the Tea Board of India had conducted for the first time, a “Tea and Health Meet” connecting a lot of eminent doctors, researchers and healthcare professionals in New Delhi in 2001. With the results of the new research and focus on health benefits, it continued to do extensive promotions in print and electronic media over the next few years. ITA members also did roadshows and promotional activities to interact with the tea traders and auctioneers.

According to ITA, currently 50 per cent (around 250 million) of youth in the age group 17 -24 years drink less than one cup tea a day. In the next ten years 65 per cent of the total population will be below the age of 35. Therefore, the need to connect was essential. For the first time in 2012 and 2013, ITA’s journey to connect the youth began. Through participation at college fests through tea stalls, and innovative way of presenting tea in new formats – cold & flavoured, tea made a comeback. Their catchy tagline “chai ho jaye”, became an instant winner. 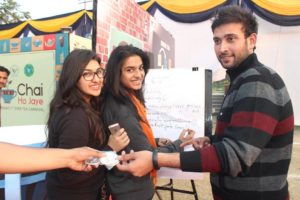 Tea for the young

Tea in its new ‘avataar’ caught the attention of the youth again. This promotion subsequently also saw a rise in tea lounges across India.

But ITA has urged the Tea Board and Ministry of Commerce and stressed that without more initiative the demand of tea will not increase and the industry will not be able to position itself in a growth path.

ITA general secretary Sujit Patra says, India has surplus tea production, but there is a still a need to increase the consumption of tea, especially among the youngsters. He feels it is their responsibility to increase this demand. With this in mind, they are already planning to target the schools. But before that he feels it important to educate parents and teachers – so that the myths regarding ill effects of tea on children are busted.

Even today, he says, tea is discouraged amongst children and health drinks like Complan and Horlicks are offered. But tea, he says, has amazing health benefits. It is an antioxidant, has positive effect on weight loss, and may also reduce the risk of cancer. Research also showed that two per cent milk in tea maintains its health-promoting effects.

They plan to focus on these when campaigning in schools. Taking this to schools, he says, is a difficult proposal. But he is hopeful that like their college campaigns, this too will yield surprising results.

Therefore tea, we all hope, is here to stay.

In spite of the slow takeover of the coffee shops with their skim lattes and mocha cappuccinos, that little earthen cup of “chai” in your hand from the nameless roadside shack has an eternal charm.

A cup of hot tea stirs the soul, not the stomach.