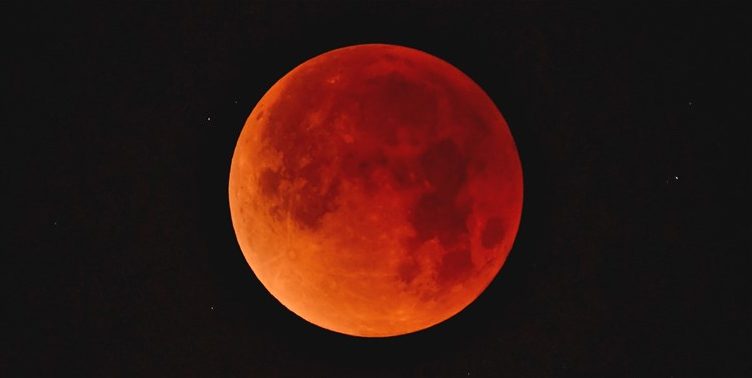 On January 20 and 21, stargazers around the world are in for a treat. The total lunar eclipse, Super Blood Moon and the Super Blood Wolf Moon will play out concurrently during that period.

The moon appearing with a reddish glow will become notably bright and big in the night sky. This celestial circumstance is known as the Super Blood Moon. Historically, the natives of America have called the full moon which occurs in the middle of winter the Wolf Moon.

What happens during a Super Blood Moon?

Preventing the sun’s rays from falling directly on the moon, the earth passes between the sun and the moon during a total lunar eclipse. This is also called the Super Blood Moon. The moon’s surface lights up and takes on a red hue with the little light that still manages to travel through the earth’s atmosphere and reach it. The sun, earth and the moon are perfectly aligned during this phenomenon. The moon being closer to the earth than it usually is, appears especially bright and beautiful during a Super Blood Moon. Experts will also have you know that a lunar eclipse can only take place when the moon is full.

Where can you sight it?

If you are from the Americas, Greenland, Iceland, western Europe and western Africa, you will be able to view it across most parts of the land. A partial lunar eclipse will be sighted from eastern Africa and eastern Europe. It will not be visible from India and most parts of Asia.