The Union Home Minister visited the home of the deceased in Cossipore. 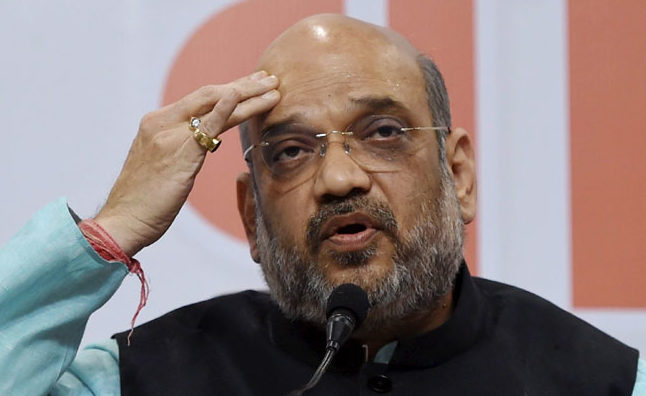 Union Home Minister Amit Shah on Friday said that his party – the Bharatiya Janata Party (BJP) – is demanding a probe by the Central Bureau of Investigation (CBI) into the unnatural death of “BJP worker” Arjun Chowrasia.

The Union Home Minister, who is on a two-day visit to West Bengal, visited the home of the deceased youth, at Cossipore. Shah said that “yesterday the Trinamool government completed a year in power and today there was a gruesome murder to indicate that they are not going to stop.” He added: “We will ensure politically that the incident is probed by the CBI”. According to Shah, the Union Home Ministry has asked for a report on the incident from the West Bengal government. He alleged that not only had Chowrasia been murdered brutally, the family had also been assaulted. Shah said that Bengal was the state in which the highest number of cases had been asked by the courts to be probed by the CBI, “and this shows that the courts have no faith in the state government”.

Meanwhile, though the BJP claimed that Chowrasia was a member of the party’s youth wing, Trinamool MLA Atin Ghosh said that the deceased had worked for Trinamool Congress during the recent civic body polls.

Chowrasia was found hanging in an abandoned building near his home in Cossipore. According to some reports, he was to lead a bike rally later in the day in one of the events planned for Amit Shah. BJP alleged that he was murdered by workers of the ruling Trinamool Congress, which the latter has denied.