AOC, the face of rising socialism in America, says her next goal is to learn Bengali 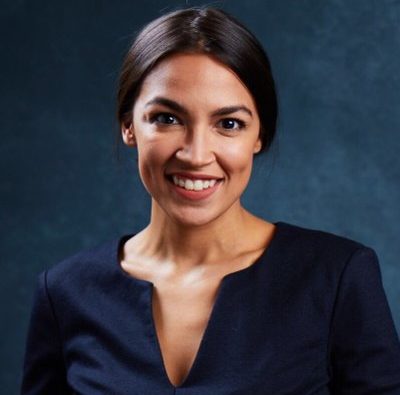 My grandmother always insisted that Bengali is the sweetest language in the world. She believed everyone in the world should learn to speak it. But who knew that American politicians would actually start taking her seriously. Alexandria Ocasio-Cortez, the youngest woman ever to serve in the Unites States Congress, says her next goal is to learn Bengali. She is the face of rising socialism in America, the champion fighter for climate change, the millennial activist constantly challenging the system.

Born to Puerto Rican parents in Bronx, Ocasio-Cortez spoke in Bengali in Knock Down the House, a political documentary on Netflix.

Responding to an effusive tweet, Ocasio-Cortez, better known by her shorter and catchier nickname AOC, wrote, “Just a bit! I made a campaign video in Bengali and it was really fun. Over 200 languages are spoken in my district of NY-14. I can speak 4 (2 are rusty, but it’s like a bike). Picking up a little Bengali is my next goal – we have an awesome community here.” She later added, “And by bit I mean like 10 words. Trying out here.” In June, 2018, she ended one of her campaign videos saying, “Apnar voter jonye dhonnobad.” [Thank you for your vote].

Since AOC probably doesn’t know my grandmother, I thought her desire to learn the language must have been sparked by her Bengali-American chief of staff Saikat Chakraborty. The 32 year old man, who finds significance in Netaji Subhas Chandra Bose through sartorial statements. The man whose pet project seems to be the Green New Deal, the eleven-page google document written by Ocasio-Cortez’s staff over one weekend with the goal to address both economic inequality and climate change. The Harvard graduate, who is on Politico’s Power List.

But I was wrong. There are more than one Bengali influences in AOC’s life. Her energetic, feisty, popular campaigns have another Bengali brainchild behind them: Naureen Akhter, whose family moved to Queens, New York, from Dhaka when she was only two-years old.

When Donald Trump won the 2016 elections, Akhter started a group for the Muslim Americans called Muslims for Progress. The group held voter registration drives and created social media support groups. She also ran a food blog. All this until she heard AOC at a rally in 2017.

She told the website medium.com, “I found her message super refreshing. The kind that was lacking from the democratic leadership. At a time when people were asking Democrats [their] message, they’d say ‘we’re working on it.’ Meanwhile [Ocasio] comes out blazing: we need medicare for all, we need money out of politics, [and] actually addresses the economic and financial reality of so many of our constituents.”

When Ahkter met AOC at a friend’s party in early 2018, she volunteered to join her campaign. “The change was really incremental. I started by just standing around street corners with a petition and clipboard and people joined me. That kind of became the beginning of leading folks and coordinating people towards a specific cause.”

Soon she was the Director of Organizing of AOC’s campaign. And then her Bangladeshi family also got involved. “My dad was canvassing mosque goers on the day of the election, and my mom got all of the aunties at school pick-up to go to the poll site with her and vote for Alexandria,” Akhter told the website.

From the homeland of Bengali, we say dhonnobad to Alexandria Ocasio-Cortez. And wish her all the best for the Notun Shobuj Porikolpona [Green New Deal].