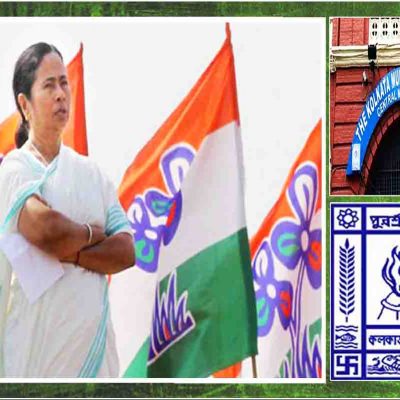 The Trinamool Congress leadership has decided to carry out campaigns for the upcoming civic polls in West Bengal mainly based on ward-wise developmental programs undertaken by civic bodies where the party is in power. They will also highlight the programmes that the state government has been working on.
The citizenship issue though will be part of the party’s agenda in the poll campaigns and its programs against Citizenship Amendment Act (CAA), National Register of Citizens (NRC) and National Population Register (NPR) will continue. But the focus of campaigns will be developmental issues.
Party leaders plan to inform people on how the municipalities and municipal corporations have improved in various areas such as water, roads, sanitation, refugee problems etc after the Trinamool Congress came to power.
Trinamool leaders feel that it is important to build a strong public relation base as that is the only way to recover from their poor performance in 2019 Lok Sabha elections where the party lost in many seats to the Bharatiya Janata Party (BJP).
The leaders feel that Trinamool won the by-elections of Kaliyaganj, Karimpur and Kharagpur Sadar just after Lok Sabha elections because the party had carried out similar area wise campaigns in which the developmental issues of respective areas were stressed on.
BJPHowrah Municipal CorporationKolkata Municipal CorporationMamata BanerjeeTrinamool Congress