Bengal, Odisha to get heavy rainfall due to depression

Most south Bengal districts including Kolkata to get heavy rainfall on Monday. 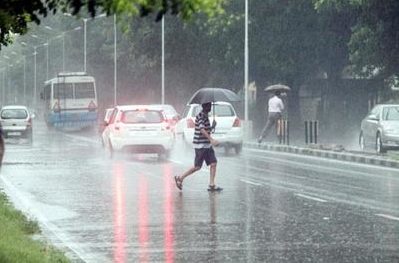 The Bengal government has prohibited fishermen from going into the sea from Monday to Thursday. “A well marked low pressure area over Northwest and adjoining Westcentral Bay of Bengal off Odisha and adjoining north Andhra Pradesh coasts. It is likely to concentrate into a Depression during the next 48 hours and move west-northwestwards across Odisha and Chhattisgarh,” the IMD tweeted.

Coastal areas of Bengal including Digha, Shankarpur, Mandamani and Petuaghat had warnings issued in the form of loudspeaker announcements.

Heavy rainfall is predicted in South 24 Parganas, East Midnapore all through Monday. Kolkata, North 24 Parganas, West Midnapore, Jhargram, Howrah will also get heavy to moderate rainfall along with most other south Bengal districts.