Violent BJP-Trinamool clash in the northern fringes of Kolkata 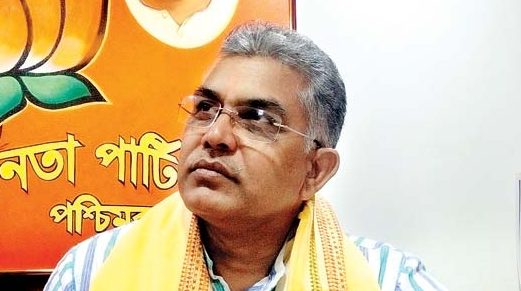 Bharatiya Janata Party (BJP) West Bengal chief Dilip Ghosh’s convoy was allegedly attacked by Trinamool Congress workers in Minakha of North 24 Parganas on Saturday afternoon. Though the BJP made this allegation, Trinamool Congress denied this, adding that their party office was ransacked in the area by BJP workers.

There are various versions from BJP and Trinamool Congress on how the clashes started, with both parties claiming that they were first attacked. The BJP’s “Paribartan Yatra” — a political rally — was passing through the Minakha area, that seemed to have triggered the clash.

According to Dilip Ghosh, his convoy was attacked, though his own car was not damaged. Two other vehicles in Ghosh’s convoy were damaged, said BJP leader Samik Bhattacharya. Some of their party workers were injured, and one person was missing, he said.