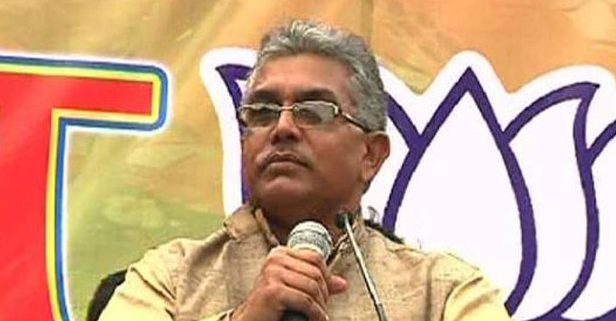 The West Bengal Bharatiya Janata Party on Tuesday started a five-day session in the home of the state party chief Dilip Ghosh to chalk out its strategies for 2021 Assembly polls in the state.

Top leaders of the party, including Kailash Vijayvargiya, Mukul Roy and others were part of the meeting in Ghosh’s Rajarhat home. After the meeting, Ghosh said that the party had decided to organise sit-in demonstrations outside nearly 81 block development offices across the state on September 4 to protest the “state government’s failure” in handling the COVID-19 and the post-Amphan situations.

He called the sit-ins ganatantra banchao obosthan (Save Democracy protests). Ghosh said that people wanted to bring about a change and though the situation is normalising across India, the COVID-19 situation is not improving in Bengal. “We have followed all social distancing norms so far, and in the coming days too we shall follow them. But the government cannot stop us by imposing lockdown. We will take to the streets,” he said.

Bengal goes to the polls next year, and though the BJP is being seen as the chief contender against ruling party Trinamool Congress, the BJP has been in the news for inner party strife and leadership issues. Many allege that there are no big faces that the party can project to get votes in the coming Assembly elections, though the BJP has always maintained that the party has a national appeal and thus the national leaders are enough to get people’s votes.

Dilip Ghosh has recently said that he is enough to make the party wrest power from the Trinamool Congress in 2021 in Bengal, and then the leaders who are staying home now will rush to visit the party office for the celebrations. This jibe to some Trinamool leaders seems to be a push asking them to work harder.