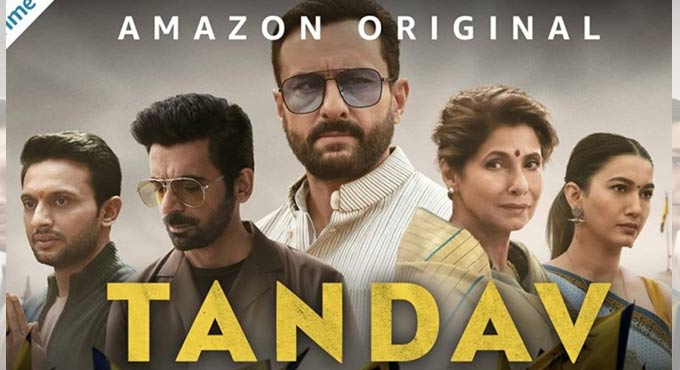 Uttar Pradesh police has filed a case against the makers and streaming service of Saif Ali Khan-Dimple Kapadia starrer “Tandav”, Amazon Prime’s new web series, over alleged insult to Hindu gods and for promoting religious enmity. The case has been filed in Hazratgunj police station of Lucknow by a sub-inspector posted there.

Maharasthra BJP MLA Ram Kadam has also filed a complaint and the Information and Broadcasting Ministry has reportedly sought a response on the matter from Amazon Prime.

“You are the biggest rioter, defeat worse than Donald…

In the UP complaint, the director, producer and writer of Tandav and Amazon’s head of India Original Content have been accused of promoting religious enmity and for defiling a place of worship.

The significance of the case is evident as UP chief minister Yogi Adityanath’s media adviser Shalabh Mani Tripathi shared a copy of the complaint on Twitter. He has said that the people responsible should be prepared for arrest.

According to the complaint, there are “conversations that lead to caste conflict”, “character of the person occupying the high post of India’s Prime Minister has been shown in a very indecent manner”, “people dressed up in a very bad manner to represent Hindu gods and goddesses and have been shown to speak in a very uncalled for language… that hurts religious sentiments”.

Bengal government wants to provide free COVID vaccine for all before election: Mamata…

“You are the biggest rioter, defeat worse than Donald Trump’s awaits you”: Mamata…