He had differences with the party president Adhir Chowdhury. 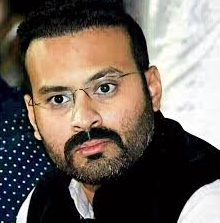 Rohan Mitra, son of late Congress leader Somen Mitra, on Wednesday resigned as the West Bengal general secretary of the Congress party. The reason for stepping down is his differences with state party president Adhir Chowdhury. In a letter to Chowdhury, Rohan Mitra said he was resigning as he was “not motivated to work” in his leadership.

“Your attitude towards me from the beginning has been pathetic. The language used by your close clique about my father and other leaders in the past has been detrimental to party unit in Bengal,” he said.

Mitra added that “even after the results of May 2, I had hoped you would take necessary steps and make the rectification which would send out a message to the people of the state that Bengal Congress would fight the BJP for the opposition space. Alas, that too never happened.” The letter has brought out the infighting of the Bengal Congress out in the open. Mitra also pointed out that the party is showing no signs of revival.