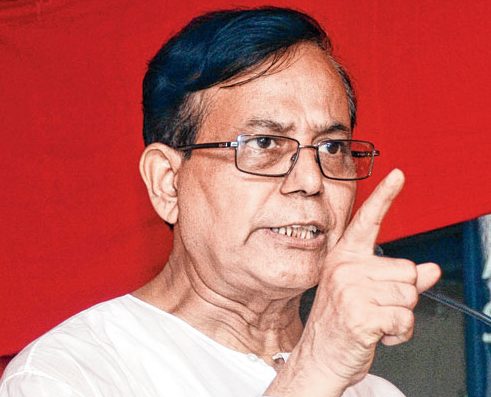 Senior leaders of Left Front staged a protest in Kolkata on Saturday afternoon against alleged “mismanagement” of the Novel Coronavirus (COVID-19) situation by West Bengal government. The protest was held at Red Road area.

Bose had earlier said that they would stage the protest although they had not received permission from police due to the ongoing country-wide lockdown. The leaders, however, said that they were maintaining all social distancing norms as outlined by the government. They maintained distance, wore masks and stood with placards opposing the role of the government.

The Left parties along with West Bengal Pradesh Congress had raised various allegations against the state government which included a low number of tests done by the government for COVID-19 and alleged that the government was suppressing the actual number of deaths.

Congress had earlier decided to stage the protest jointly with the Left Front leaders, but later stepped aside citing that the All India Congress Committee (AICC) had decided against holding any party program that may lead to crowding in public during the lockdown.