Day 2 of unlocking the lockdown: passengers in Kolkata & outside have a tough time reaching office, decision on pvt buses pending 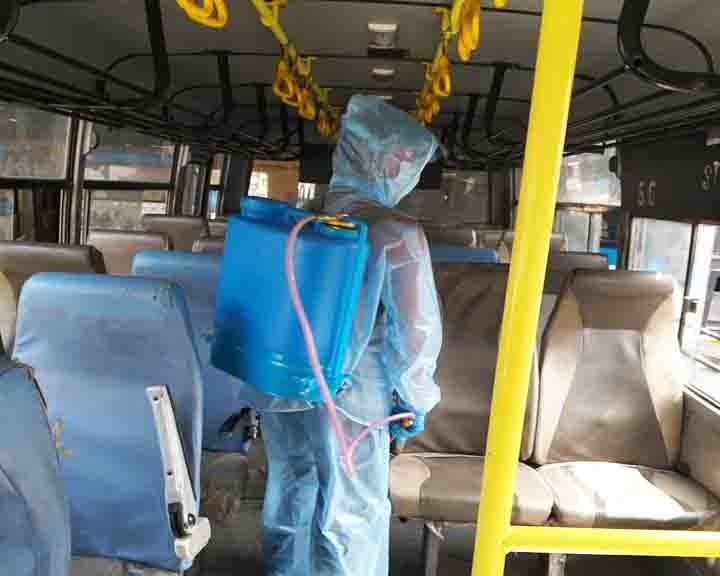 On the second day of “phased reopening” following nearly nine weeks of lockdown across the country, it was more than tough for people in Kolkata and elsewhere in the districts to get back to the regular office schedule in the absence of adequate transport on the roads.

As owners of private buses did not ply their vehicles in the absence of a fare increase, people suffered all day for the second consecutive day. The state transport department has announced that more government buses will be running soon. However, it is not clear whether that will be enough to cater to the number of people who need to commute, unless the private buses join in.

There were long queues of passengers waiting for hours for buses at several terminuses and bus stops in Kolkata. Many had to wait for nearly two to three hours for buses, resulting in delay in reaching their respective destination. Many said proper social distancing norms were not being followed while boarding and travelling in buses. Some passengers said that they were ready to spend more if private buses start their services, but social distancing was more important considering that the pandemic is far from over.

Although the government has allowed occupying all the seats in a bus, private owners claimed that they will be facing losses if they start running their buses without hiking the fare or, if they are not allowed to take in more passengers than the number of seats. Police personnel kept constant checks during the day to ensure that no passengers are found standing. Meanwhile, in the districts, few buses were found on the streets with conductors providing hand sanitizers to the passengers.

During the day, a meeting was held between private bus owners’ associations and the transport department authorities to decide on the fare of private buses. A regulatory committee is being formed to decide on the bus fare (the committee will have representatives of the bus owners’ associations). Bus operators have also requested the government to come up with a policy for bus drivers and conductors – to include benefits and health schemes – who work during the pandemic. The owners said that they are trying to resolve all these issues within the next couple of days and start services before June 8, when nearly all the businesses will resume.