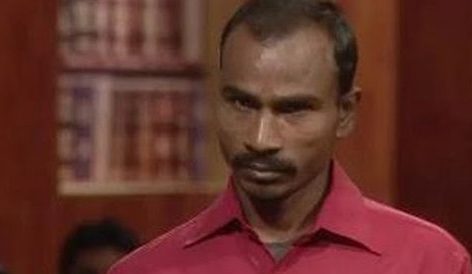 A Delhi court on Tuesday issued the death warrant against the four death row convicts in the Nirbhaya gang rape case of 2012. The time of hanging has been fixed at 7 am on January 22 at Tihar Jail. The four convicts to be hanged are Pawan Gupta, Mukesh, Akshay Singh and Vinay Sharma (the convicts can use their legal remedies within 14 days).

But what happened to Ram Singh, the main accused? How did he die in Tihar Jail? Did he commit suicide or was he murdered? In a recent book (written by Sunil Gupta & Sunetra Choudhury), Gupta, the former spokesperson & legal advisor of Tihar jail, recalls his interactions with Ram Singh and what he himself witnessed when the alarm went off at Tihar on the day of the alleged suicide. Following is an excerpt from Black Warrant: Confessions of a Tihar Jailer:

Vimla Mehra [director general of prisons, Delhi] was adamant. She sent Pawan and Vinay to the young adults’ jail because they were under the age of 21, Ram Singh was sent to Jail number 3 and Mukesh and Akshay to Jail number 4 – all regular jails.

While I was definitely not sympathetic towards these men, I wanted to follow due process. ‘What if somebody kills them,’ I asked. ‘Let them,’ she said, ‘What do you have to do with it.’ It wasn’t a stray comment. Apart from the heinous act that he had carried out, Ram Singh’s physical appearance of close-set eyes, receding hairline and bony face, ensured that there was little sympathy for him. It seemed as if every day the press would discover new details about his life at a slum settlement called Ravi Das Camp, and people had new reasons to hate him. The slum was set in a crowded part of South Delhi called Munirka and ironically the most distinguishing feature about the area is a prominent police station. Many social commentators would attribute Singh’s loud wanton ways – his drinking and the words he uttered to the 23-year-old before he assaulted her – to the influence of the miserable surroundings of Ravi Das Camp. Public opinion was strongly against these men and there were daily protests for the authorities to take action against them. At our review meetings, if we tried to discuss special arrangements required for their security, Vimla Mehra would turn it down. In fact, she would at times get a little carried away. She made it clear that in this particular case, if they faced the ire of a jail mob, she was fine with it.

As a result of this attitude, there were a few procedures which were overlooked. The first being the Test Identification Parade (TIP), which is an important evidence gathering process. This takes place in the day time and in front of a judge and not the police. But in this case, it happened after 7.30 pm. The boyfriend, who was treated for broken ribs, was brought in to identify Ram Singh and the others. It was not just the timing which was odd and against procedure, the police were also present, a move which can be interpreted as intimidatory and therefore illegal. There was no subtlety in the way it was done either. The station house officer of Vasant Vihar, Anil Sharma, was present and moving freely while the formal TIP was completed at a time when the accused should have been locked up for the night. I had not seen such a great violation of rules for any prior cases. But then again, I do not know how many men like Ram Singh I had encountered. As law officer I was present during the TIP.

I took this opportunity to speak to Ram Singh one-on-one. It was something that was niggling my mind. ‘Why did you do it?’ His answer was matter of fact, almost as if he had merely committed a petty theft.

‘We were drunk. Where we live, people are not good.’

‘No, good people are not there. They drink and they curse and I have also become like that, like an animal.’

Speaking specifically about the incident, Ram Singh said the couple had sat at the back of the bus and were kissing which ‘agitated’ all five of them. The other four including Ram Singh’s brother, Mukesh, all unanimously said that none of it would have happened if Ram Singh had not initiated the attack and encouraged the others to join him in brutalizing the young woman. Mukesh said if he had not gone along with it, he was sure that Ram Singh would have beaten him. However, we do not know if the courts would have made a distinction between Ram Singh’s role and that of the other men.

Less than three months after he was in judicial custody, 11 March 2013 to be precise, the alarm went off at Tihar. When I heard the news, I rushed to jail to find Ram Singh’s body hanging. There is no written evidence anywhere, and I do not have a copy of the post-mortem report, but I do believe that Ram Singh did not commit suicide. For one, his viscera report which I saw showed alcohol content in his body. This should have raised suspicion and made the police register an FIR – how could an inmate get access to alcohol? The second reason as to why his ‘suicide’ was suspicious was that the ceiling where he had been hung from was at least 12 feet high. Considering that there were three other inmates in the same cell as him, I felt that it was not possible that Ram Singh had managed to quietly hang himself from such a high ceiling. He had apparently used his pyjama cord to hang himself. Next to him was a plastic bucket. To me it looked like he was made to drink and then hanged. In fact, his body had injuries too. A sub-divisional magistrate (SDM) inquiry was ordered to probe the suicide but I knew an SDM would not cry murder even if it happened in front of his very eyes. The SDM is too involved with the current jail system to give an adverse report against jail officials. So I knew that this was not going to lead to anything. Ram Singh’s lawyers cried foul, and his father told the media it was not possible that his son could lift himself up to the rope because he had a bad arm. But who wanted to hear all this? At that time no one was interested to know why Ram Singh’s death was suspicious. They wanted to see him dead and if it had been done in jail, then so be it.

When I think about that case, I am sometimes amazed how the other four men survived. I know that they were severely beaten when they first came to jail, but how did they escape being lynched? The SDM’s report came as no surprise – it concluded that Ram Singh’s death was indeed a suicide. I believe Ram Singh’s cell mates were allowed to murder him.