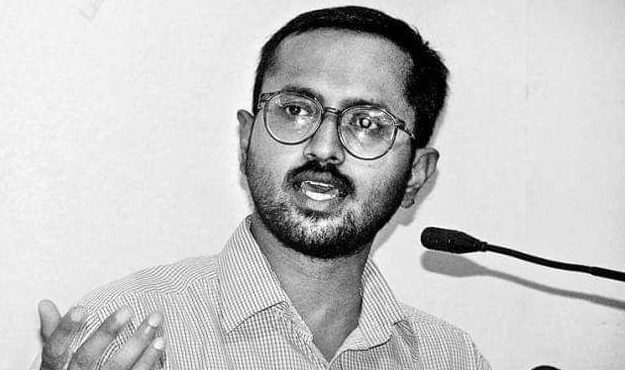 Dr Partho Sarothi Ray, Associate Professor of the Indian Institute of Science Education and Research (IISER), Kolkata, has been summoned by the National Investigation Agency (NIA) in connection with the Elgar Parishad-Bhima Koregaon case. He was asked to be present before the investigators in Mumbai on September 10.

The Association for Protection of Democratic Rights (APDR) has called a meeting on September 10 in Kolkata’s Moulali at 2 pm to protest this. The organisation will place its protest and demands before the Union Home Minister through West Bengal Governor Jagdeep Dhankhar.

At the Elgar Parishad conclave at Shaniwarwada, inflammatory speeches were delivered on December 31, 2017 by Maoist leaders, allege the Pune Police, leading to large scale violence at Koregaon Bhima war memorial the next day. Some of the activists who have been accused for having links with the Elgar Parishad conclave include Anand Teltumbde, Arun Ferreira, Vernon Gonsalves, Sudha Bharadwaj, P Varavara Rao and Gautam Navlakha, among others.

This is the full text of the solidarity message, titled “Statement in solidarity with Dr Partho Sarothi Roy”:

We have come to know that our dear friend and comrade Dr Partho Sarothi Ray, Associate Professor, Indian Institute of Science Education and Research (IISER), has been summoned by the National Investigation Agency (NIA) in connection with the Elgar Parishad-Bhima Koregaon case. He has been asked to present himself before the investigators in Mumbai on 10 September at 11am.

Partho has been pro-actively involved with peaceful, democratic people’s movements, especially the struggles for the rights of poor and marginalised dalits and adivasis. He is an active member of Persecuted Prisoners’ Solidarity Committee as well as Joint Action Committee for Social Justice. His tireless work in defence of civil liberties and for the release of political prisoners is exemplary. Partho has been ever-present in marches, rallies, and other street programmes with his stirring but lucid speeches and an endearing smile.

At IISER, Partho has been carrying out extensive and useful research on molecular biology. His pioneering work on viruses has taken him to the lecture-halls in universities and scientific gatherings across the globe. He is a front-runner in the present battle against Covid-19 and his idea of community participation has been successfully implemented in Nadia district, inviting widespread interest. He was among the scientists consulted by the World Health Organization (WHO) to understand the character of the Coronavirus and formulate a policy to tackle the pandemic.

The harassment of Dr Ray by the NIA is yet another sinister attempt in the fascist regime’s witch-hunt at silencing the voices of dissent and protest. We, the undersigned, strongly condemn this brazen assault on democratic activities and demand immediate withdrawal of NIA’s menacing, threatening interrogation notice. We stand hand-in-hand with Dr Partho Sarothi Ray.