Kolkata & most of Bengal under lockdown from Monday 5 pm: here’s what’s shut and what’s open 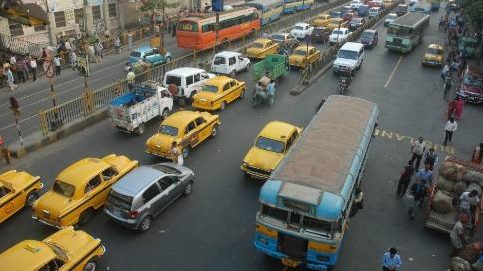 The West Bengal government issued a notification to impose “Complete Safety Regulations” in various parts of the state that include entire Kolkata, most parts of North and South 24 Parganas, most district towns and some districts entirely (See list below). No gathering of more than seven persons is allowed either. It will start from Monday 5 pm till March 27.

The following measures have to be adopted:

*No public transport services including taxis and autorickshaws to be allowed (exception will be allowed for transport from hospitals, airports, railway station, bus terminus, and goods transport that carries essential commodities)

*All those who have returned from foreign countries to remain under strict quarantine, the period as specified by health officials

*The following essential services are to remain operational:

E-commerce of groceries, food items and home delivery for food

The restrictions will apply in the following areas:

*For North 24 Parganas, it is applicable for all municipal towns including Lake Town and Salt Lake