The Adriatic Sea is, perhaps, at its most beautiful at this little fishing village in Croatia.

At the Slovenia-Croatia border, the European Union citizens just zoom by. We stop, the grumpy border control officer carefully scans through our passports one at a time. Then he asks, ’Oliday?’

‘Veli LocenJ.’ We make it a point to stress on the J.

His expression is suddenly warm, he smiles, ‘Ahhh Veli Losheeen. But you miss next ferry from Brestova. Run.’

Well, if it wasn’t for the border control officer, we wouldn’t have missed the ferry.

The 50-minute wait for the next one, though, is probably worth it. The Brestova ferry terminal opens out to a breathtaking view of the Adriatic Sea peppered with tiny islands on the horizon. There is a small café, where you can sit on a sun-kissed balcony with your cappuccino or a bottle of Ožujsko. One must remember here that even though Croatia honours the Schengen visa, they accept only their own currency, the Kuna.

Once on the ferry, it is a half hour journey to Porozina and another hour by road, past the island of Cres to Lošinj. Once upon a time, Cres and Lošinj were one island. They were later divided by an artificial canal and then connected by a drawbridge only a few metres long. Among Croatia’s thousands of islands, Cres is one of the largest.

There are two main villages in Lošinj. Veli [Big] Lošinj is a tiny harbour situated at the southern end of the island. It is the older of the two villages. The newer, bigger one is strangely called Mali [Little] Lošinj. The locals will tell you that many years ago, Mali Lošinj was actually smaller. Today, it has a population of 10,000, more than any other island town in the Adriatic Sea. There is also an airport that has direct flights from Zagreb, Venice and Lugano.

It is almost evening when we drive into the sea-facing Punta Apartments complex on the outskirts of Veli Lošinj. The security guard at the gate does a mock salute and smiles, ‘Doberdan [Hello]’. The sun is about to set, behind the hills of another little island. The red luminous glow in the sky is fighting a battle of dominance with the innumerable shades of blue in the sea. The Adriatic Sea is, perhaps, at its most beautiful at this little fishing village in Croatia.

Over dinner, our Slovenian friend tells us about the benefits of the clean air at Veli Lošinj. Her family, which lives in a tiny green Slovenian village, has regularly returned to the island especially for this. I, who live in the Indian megacity of Mumbai, can’t help but smile at this. During the late 19th century, Lošinj became a centre of health tourism. The well-known Austrian balneologist and climate-therapist Dr Conrad Clar came to the island with his son who suffered from a severe throat ailment. Their three-week stay in Lošinj worked miracles on the health of the young boy. Clearly overjoyed by this, Dr Clar, who later moved to the Vienna Medical Faculty, made the health benefits of the crystal clear air of Lošinj popular. Soon after Dr Clar, the Austrian Archduke sailed into Lošinj while looking for a suitable location for his winter residence. The Archduke fell in love with Veli Lošinj, its breathtaking natural beauty and its favourable climate. Thereafter, Veli Lošinj became one of the most popular vacation destinations of the Austrian-Hungarian aristrocacy. Today, the Archduke’s castle and the park surrounding it is used as a health resort for treatment of allergic diseases of the respiratory system and the skin.

The next day we walk four kilometres, down a path along the sea, to Mali Lošinj. The sun is shining bright, the water near the shore is in a stunning shade of green. Towards the deep, it is royal blue. The palette is magnificent and dazzling. Even if you decide to sit on one of the tiny, pristine pebble beaches on the way for hours, you may not be able to identify the multitude of shades.

The pier at Mali Lošinj is crowded with eateries. There are men in uniforms standing outside, trying to lure you in with offers of a special thirty per cent discount. Our friends are regular visitors so we ignore all and walk into the Za Kantuni restaurant in one of the cobbled bylanes. The recommended fish platter with a generous helping of freshly-caught Adriatic fish, squids, shrimps and mussels along with the delectable house wine is the right blend for all senses.

On the other side of the pier is the main fish market or the Peskarija. We return with bags of shrimps and skuša (mackerel) for dinner. The walk to the village of Veli Lošinj the day after takes only ten minutes. The 15th century tower, in the centre of the village, is what comes into view first. It was built to protect the residents of Veli Lošinj from enemies. Today it is a museum and gallery. The Church of St John the Baptist, built in 1755, is on the top of the hill and you can walk up to it by the Way of the Cross which includes three chapels. The path continues further and if you keep walking to the southernmost part of the island, you are treated to a breathtaking panoramic view.

Here also, the pier has several restaurants but at a much smaller scale. Veli Lošinj has only 1000 inhabitants. If you want a souvenir, get the beautiful colourful ceramic replicas of the village houses, olive oil or a bottle of the homemade fig jam.

The locals at Lošinj are extremely helpful and friendly. At some point our seven-year-old, troubled by motion sickness, decides to eject her stomach contents into the confines of the rental car. There is need for a thorough cleaning before it can be driven again. A big white-haired man, with very little knowledge of English, at a garage in Mali Lošinj agrees to do the job for 100 Kunas [14 Euros]. While cleaning, he gets into a conversation with all of us. He in Croatian, we in English. But at the end, with a broad smile on his face, he declares, ‘No 100 Kunas, you pay 40 Kunas.’ Apart from the scrumptious local fish, the island is also known for its mountain goat. The local lamb dish with roasted potatoes at the Konoba Bukaleta, Loznati, in Cres is an absolute must.

So, like me, if you haven’t seen a single episode of the Game of Thrones and want to see Croatia for its untouched natural beauty, delicious food and blissfully clean air, schedule the island of Lošinj in your itinerary. Here is where the local tourists are. 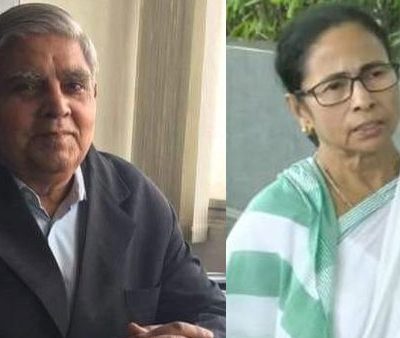 Mamata Banerjee wrote the letter to the Union Agriculture Minister on September 9. 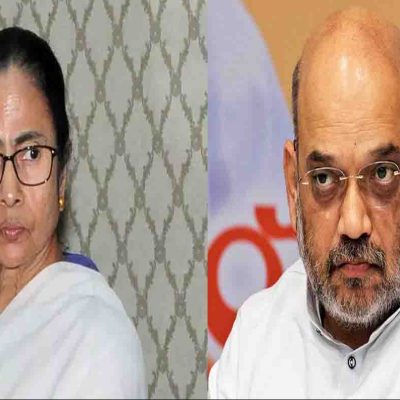 A move to win votes?