Lots of work to be done, but it is a great time to be a children’s book writer in India now, says Roopa Pai 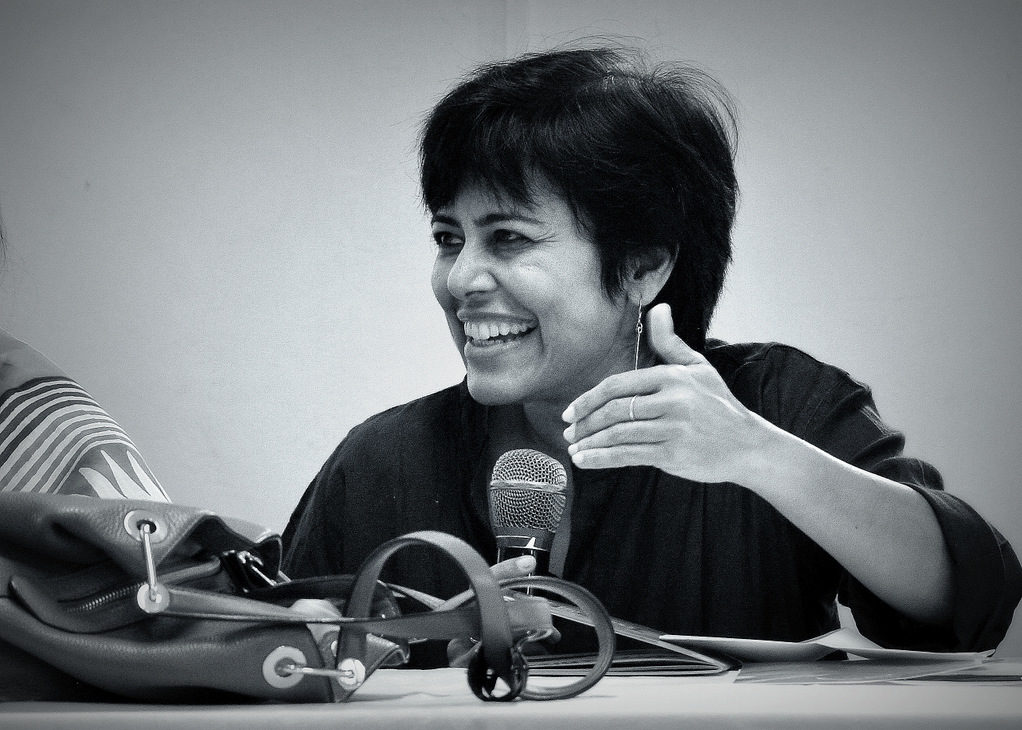 Roopa Pai is one of India’s best-known children’s writers. This computer engineer has written over 25 books for children, spanning the gamut from picture books to chapter books, and fiction to non-fiction, on themes as diverse as sci-fi fantasy, history, economics, maths, popular science, philosophy and life skills. Her best-known books include India’s first fantasy-adventure series, Taranauts, the handy guide So You Want To Know About Economics endorsed by ex-RBI governor Dr Raghuram Rajan, and the urban Indian teenager’s life-skills manual Ready!99 Must-Have Skills For The World-Conquering Teenager. She is also the author of the award-winning national bestseller The Gita For Children.

Roopa is also a bit of a legend. If I say this to her, she will laugh and say I am mad, and that as her editor I am horribly biased. Well, it is true, and this interview flouts all journalistic norms of being written by someone dispassionate. I am neither, Roopa being a friend and an author I admire deeply. We have worked on a few books together, and each time her dedication, discipline, her ability to write words that are perfectly balanced, funny yet deep, leaves me full of admiration. This was more a chat between friends (over samosa and tea and payesh) after Roopa had battled the monsters of Bangalore traffic to reach my home.

Why do you write for children?

It was because of Target (the children’s magazine that was published in the 80s and 90s, by the India Today group). I came across Target at the age of 13. Target really blew my mind. It was set in an Indian context and cool. It was not about mythology but for the contemporary Indian kid. I grew up on Enid Blyton and loved her to bits, but when I came across Target I found a missing piece. Till then I used to think only British children have cool childhoods. But now I knew I wanted to do write Indian stories for Indian children with specific context and specific geography.

You not only write for children, you are a wonderful writer of non-fiction for children. How did that happen?

That, too, goes back to Target. There was a column on computers by Sugata Mitra. He wrote so simply about it, with illustrations by Ajit Ninan. That column was a huge influence. What it told me was that such complicated things could be made fun. Complex subjects can be written interestingly for children. My whole aim with non fiction is to pique interest, not to be exhaustive. Once they get the interest children will find more sources. I also always want to give the evolution of the ideas about which I am writing—whether the Gita or Economics.

Tell me more about writing your only fiction series—Taranauts. You put in a lot of things that fascinate you into your fiction, don’t you?

Yes, I did do that, there is science, and codes and mythology in Taranauts. It also keeps with my love for writing about India. I have a strong identification with being Indian and India informs my books in some way or the other—either through mythology, or the descriptions of the lands in Taranauts where an Indian can see all the parallels.

Tell me a little bit about how you wrote The Gita for Children. How did you plan it, go about writing it? Was it daunting?

It was daunting. I had never read it. I didn’t even think it needs to be written for children. I am a Lingayat, so in my family no one read the Gita and it is not a book we follow at all. For six months I kept putting it off. But my editor said just read it once. Someone on my husband’s side of the family knows it well, so I asked her. She said something that set off the spark. She said, you know Arjuna and Krishna are best friends, right? When I knew it was a conversation between friends, I was confident I could explain it to kids. Then I started reading the commentaries and I felt I could do it, the fear went away. It just flowed. It feels silly to talk about it like that but I felt I was a channel. People said why are you attempting this, they will come and throw stones at your house. It is not like Greek mythology, it is a living breathing text. But there were many others, in particular those who knew the Gita well, who were very encouraging.

How did you go about writing the book with children in mind?

I could not trivialise the text in any way. It means too much to people. I had to never let children forget that it was an ancient, classic text. They don’t have to revere it, but they should be aware of its antiquity. So I had to use language like that while relating the story of what happened. I used classical language and I thought if children don’t understand it, too bad. When we were young we read archaic stuff and we got the sentiment very well. But if I kept it all in that heavy language that too would not work, so that’s where the sections on lessons from the Gita came. In each chapter I pulled out something that the reader can follow in their daily lives. And there, as a writer for children, I could talk the way I wanted. I could use contemporary language.

Did you anticipate the response it has got?

Not at all. More than 50,000 copies have been sold. And it has come out in four languages. And Dutch! 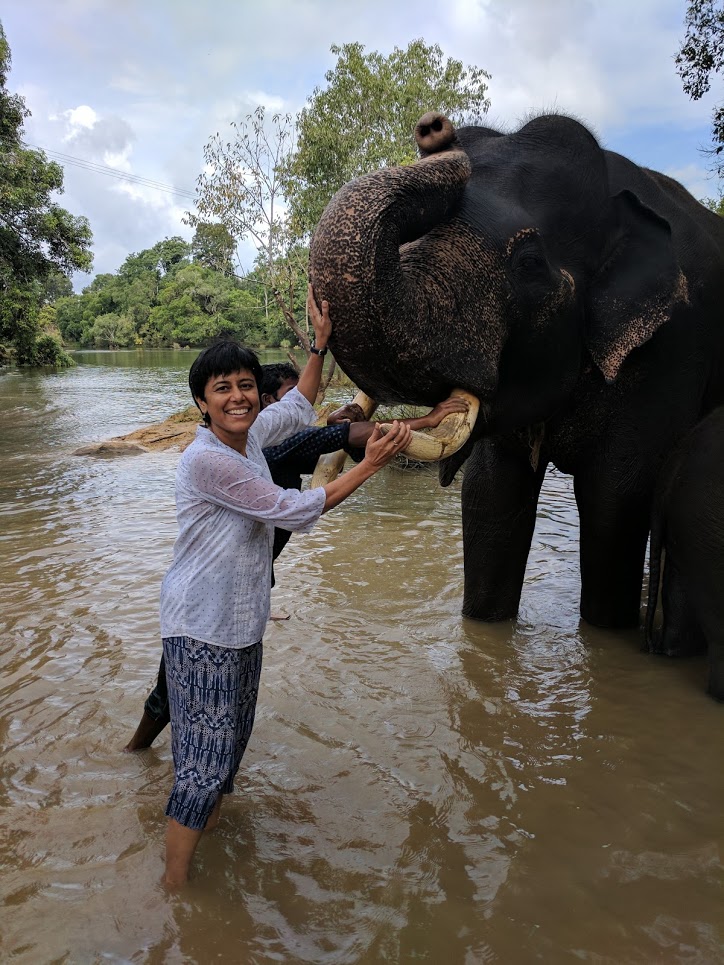 Did you find yourself getting co-opted into certain narratives because of the book—right wing, left wing.

I didn’t care about the reaction in that way—in what light it showed me. I was only concerned that I had interpreted it right and done justice to the text. I knew it was not what acquaintances and people who know me professionally would expect from me. I didn’t worry if people thought I was betraying some leftist thoughts. But it is also true that once the book was out, I started getting calls from others to write similar books, and I absolutely didn’t want to get slotted. I was so happy when you said I could write a book on Economics!

As publishers, editors, we do think about the amount of politics one can put in a book, what do you feel of that?

In India there is a room for such books for sure. But it is always important in a children’s book to portray both sides. Never portray one side as absolute villains. The best books are those that allow the child to think and decide which one is right, or even sit on the fence. I don’t think any one side is ever right. I also feel I am not always qualified to talk about certain things. I am so privileged, I can feel empathy but I don’t feel the anger that comes from lived experience. I wish that people who have experiences should write and publishers should find those voices to tell their stories. Such books make small shifts in your head when you read them when young and a book can change you, it has the power. But has to be done very well.

What is your work ethic and routine?

My work ethic is that of south Indian clerk! I don’t get writer’s block. My muse is usually a looming deadline. And if it has to be done, it has to be done, whether I have to stay up all night. I set goals for each week. I know how much of the work has to be completed by which date, and if it slips too much I have to pull nightouters. I also can’t imagine going out to a writer’s retreat and to some hill and writing, I have to be at home with all the distractions. I keep complaining about it but I know I can’t write a word if I moved away from it.

I am so happy that things have changed a lot since I started writing. These things take time to mature. Everywhere in the world children’s book publishers struggle. We will always have to deal with the fact that our audience has neither the money power nor the authority to buy the books they want. We have to deal with the fact that the reading children will always be a fraction of the many children out there. Children’s writing and publishing in India is a small community, but it is helmed by people who really care so ultimately it will change. Also, it’s our responsibility as the writing community to put out books that are really good. We can’t excuse ourselves from that and say the market is not buying our books.

Where do you see children’s publishing in India going?

I like the fact that so many kinds of books are being done. Publishers are experimenting, there are publishers who publish only children’s books. Many independent booksellers are doing their bit. But yes, lots of work has to be done. We need a blockbuster fiction to raise the bar for everybody and to bring visibility to the books. It would help if schools took on a bigger role. If textbook writers and schools could be influenced to pick Indian children’s books as their supplementary readers—not just R.K. Narayan, who should be read, but some of the more contemporary books too. The books need not be ‘improving’ but be fun and good reads. It’s a good time for Indian children’s writers.

What would you say to people who want to write for children?

I’d say they are very lucky to be doing it now. There is so much precedent; so much inspiration that they can draw on. And it’s cliched—but be in touch with your inner child. If you are not, then don’t even try. Remember, you need to have a child’s perspective, not a parent’s. Writing is a craft. To write for all kinds of children—readers you don’t even know, that is a skill and a craft and has to be honed. I dare say it can’t even be taught, it can only be polished.