Panchayats during the CPI(M) tenure used to steal 100%, in our party the figure is 7-8%: Mamata Banerjee 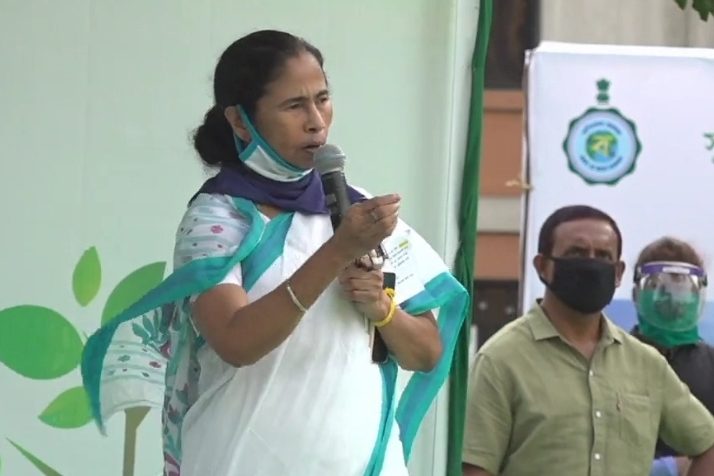 West Bengal chief minister Mamata Banerjee on Wednesday admitted that 7-8 per cent members of her party at the three-tier panchayat level were corrupt, but alleged that corruption in the panchayat used to be “100 per cent” during the tenure of the Left Front government that ruled in Bengal for 34 years.

At a programme in Kolkata to mark the government’s “Safe Drive Save Life” traffic initiative, Banerjee said that it was a mechanism that the CPI(M) had created for over three decades in the state. “Old habits die hard,” she said, adding that she was having a tough time handling the corrupt habits of the CPI(M) even now at certain levels.

She said that she was taking all the efforts required to do away with corruption in her party. “FIRs are being filed by the police against these people. It will take some time, but we are doing it,” Banerjee said. “In our state the ratio of corrupt to honest is 10%:90%, but elsewhere it is just the opposite,” she added.

Politics in Bengal has been heated up over the past few weeks by allegations and counter-allegations over alleged siphoning of funds meant for Cyclone Amphan relief.

Responding to Banerjee’s allegations, CPIM politburo member and former MP Mohd Salim said the CM was trying to hide the corruption of her party members and for that, the CPIM was the chief minister’s favourite whipping boy.

Two days ago, Banerjee assured people that they will get relief and rehabilitation funds due to them. She said that there may have been mistakes, but all that would be rectified, and each deserving person will get the amount allotted for relief and rehabilitation. Cyclone Amphan ravaged homes and agricultural lands in 16 districts of West Bengal affecting the lives of nearly 8 crore people on May 20.

Over the past few weeks, Trinamool Congress has expelled some party workers for siphoning off funds for Amphan relief. A gram panchayat pradhan in Hooghly district was expelled from the party in June. Another panchayat member of the ruling party – from South 24 Parganas district – was gheraoed by residents and held hostage for illegally receiving compensation amount meant for the cyclone affected.

The Centre had announced Rs 1,000 crore as relief for Amphan, though the state government has said that a lot more – over Rs 1 lakh crore – is required for repair and rehabilitation work. Banerjee has been saying that the Central government owes Rs 53,000 crore to the state for various social security schemes.

Opposition Bharatiya Janata Party (BJP) has been constantly attacking the ruling Trinamool Congress leadership alleging that many leaders from various levels were siphoning off funds meant for Amphan relief. The party’s Bengal chief Dilip Ghosh even floated a social media platform – “Dilip-da ke bolo” (Talk to Dilip-da) to raise issues on not getting Amphan relief.

Under this backdrop, Banerjee’s comments on Wednesday about cleansing her party of corruption is particularly significant.