Rainfall predicted for Kolkata and all of Bengal till Wednesday 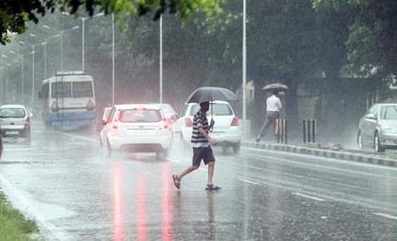 People of West Bengal may get some respite for the next few days from the sultry summer.

Kolkata and parts of south Bengal are expected to receive intermittent rainfall from Friday evening. Rainfall may be accompanied by thunderstorms and gusty winds at a speed of 30-40 kilometre per hour at places.

The Alipore Meteorological department said that a cyclonic circulation has developed over north Bengal and adjoining Bangladesh. The low pressure trough resulting from the circulation is expected to bring rainfall in the state.

The temperature on these days is likely to range between 26°C to 36°C.