He won from Behala East as Trinamool, later joined BJP 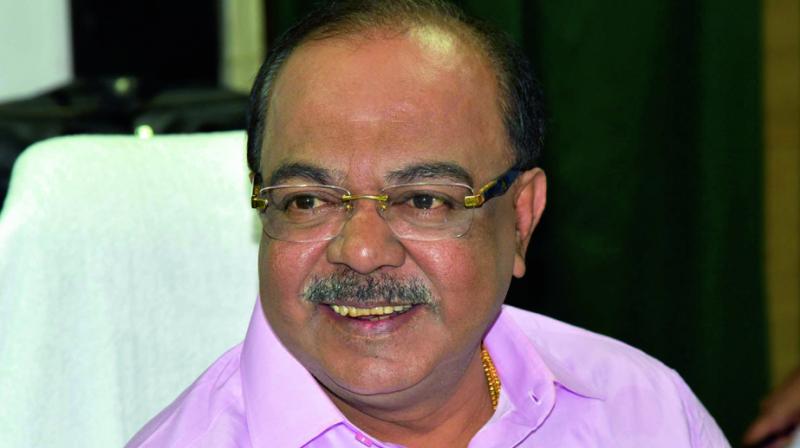 Bharatiya Janata Party (BJP) leader Sovon Chatterjee, who was elected MLA from Behala East constituency on a Trinamool Congress ticket in 2011 and 2016, reacted sharply after his former party announced the name of Ratna Chatterjee, his estranged wife, as the party candidate. Though the BJP hasn’t yet announced its candidates for the 2021 Assembly polls, Sovon Chatterjee said that he would like to contest from Behala East, and go into a direct contest with his estranged wife. He said that they are fighting a divorce case in court already.

He added that he could not even imagine that Ratna Chatterjee can be named candidate “from anywhere”. “She was Ratna Das, and became Ratna Chatterjee after she married me. She was no one without me,” Chatterjee said, adding that she was “mentally unstable”, and claimed that this had been said by doctors. “I don’t know how she can be candidate. I want to fight the election from the seat and defeat her, as people from Behala know me on the basis of the work I have done in the area,” he said.

One of the most interesting fights in 2021 Assembly seats in West Bengal may turn out to be Behala East constituency where Trinamool on Friday named Ratna Chatterjee as candidate. Ratna Chatterjee has already spoken publicly against Sovon. She has said that he deserted not only his party, but also left her and their two children.

Sovon Chatterjee, twice as MLA from Behala East, was one of the closest aides of Trinamool Congress chief Mamata Banerjee. He was also former Kolkata Mayor of Kolkata and former ministers of some of the most important departments in the government. He stepped down as Mayor in November 2018, and also as minister, and joined the BJP in August 2019. His name was involved in the Narada tapes, and he has been under probe of several Central investigating agencies.

After joining the BJP, Sovon Chatterjee was seen in several rallies of the party along with his close friend Baishakhi Banerjee. Prior to 2001, Behala East had mostly been won by the CPI(M), and it was in 2001 that Trinamool’s Parash Dutta won from here. The CPI(M) got the seat back in 2006, and after changing of its boundaries due to delimitation, Sovon Chatterjee won from here in 2011, and again in 2016.