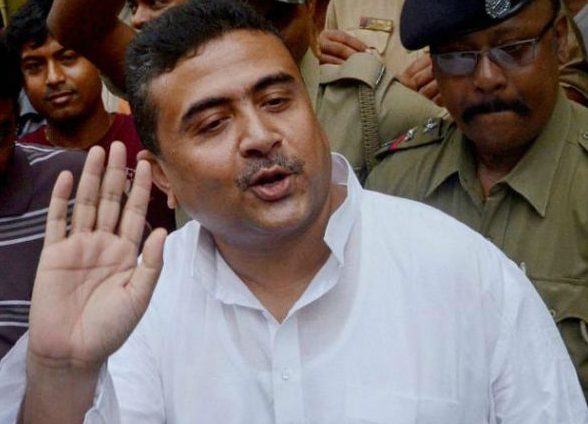 The letter, which he has also emailed to Governor Jagdeep Dhankhar, Adhikary wrote that he is resigning from his office as minister and “steps may be taken for its immediate acceptance”. He also wrote to the CM that “I thank you for giving me the opportunity to serve the people of the State, which I did all through with commitment, dedication and sincerity.”

Adhikary is also chairperson of the Hooghly River Bridge Commissioners (HRBC) and heads the Haldia Development Authority (HDA). On Thursday, he had resigned from the position of HRBC chairperson, where another senior Trinamool Congress leader, Kalyan Banerjee, was appointed by the West Bengal government.

The possibility of Subhendu Adhikary parting ways with the Trinamool Congress has been doing the rounds for the past few months. He has expressed in close circles that he is unable to accept the leadership of Mamata Banerjee’s nephew Abhishek Banerjee. The party’s senior leadership has had several rounds of talks with Subhendu Adhikary about this. Over the past couple of weeks, senior leaders of the party, including MP Sougata Roy, met Adhikary twice and discussed the differences in order to come to a solution. Earlier, Trinamool’s political advisor Prashant Kishor tried to bring the matter to a favourable solution.

For the Trinamool Congress, it was not just about accepting Subhendu Adhikary’s demands on the party leadership, seeking more power, it was about acceding to his demands. Senior leaders feel that Subhendu Adhikary and his family members – including his father, Sisir Adhikary and two brothers – have been given enough power and position. The Adhikarys on the other hand, feel that they have worked for it and deserve the positions, and they too have done a lot for their party. A section of the senior party leadership also feel that Subhendu Adhikary has received the adulation from people due to their faith on Mamata Banerjee.

Now that Subhendu Adhikary has taken this step, there are speculations on what his next move will be. Most feel that he will join the Bharatiya Janata Party (BJP). But whether this step taken by him will lead to more Trinamool Congress senior leaders and members to quit the party and join the rival camp ahead of the Assembly elections of 2021, only time will tell.